A prominent land rights activist Tep Vanny who walked free yesterday said that she continues providing her advocacy so that Boeng Kak community gets land solution.

The King pardoned Ms Vanny who was in jail for two years over a 2016 protest.

The King also granted pardon to three other land activists, including Heng Mom, Bo Chhorvy and Kong Chantha who were convicted of obstructing public officials.

Ms Vanny was sentenced to 30 months in prison and ordered to pay $2,250 in compensation to two security guards who were injured during the protest.

Speaking to reporters at her home today after being released yesterday night, Ms Vanny said that she is committed to pushing for land dispute resolutions. 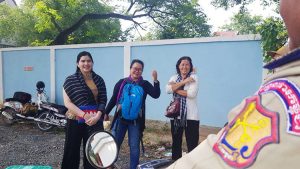 “I will continue providing advocacy until Boeng Kak community has resolved all problems and I can share my experience with other communities which have problems,” she said.

She said that she should have been released earlier.

“The pardon is freedom that I can meet my children, family and my neighbors,” Ms Vanny said. “It seems a little late because I served more than 2 years in jail and it is very unjust for me and It is very painful for me that I have never forgotten.” 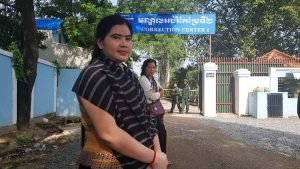 Supreme council of consultants to give feedback