Major Mom Chea, a senior police officer with the Provincial Anti-Drug Trafficking Department in Svay Rieng Province, identified the man as Ngeth Dara, who was high on drugs at the time of his arrest on Friday.

“He was wearing a policeman’s uniform while threatening to harm peole with his samurai sword or pistol,” he said. 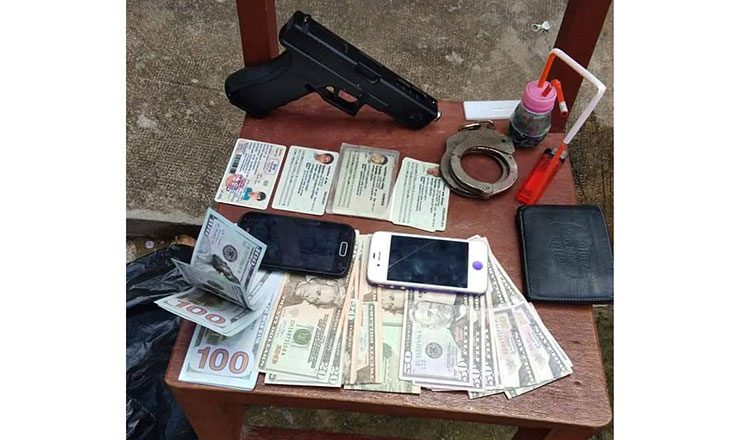 Major Chea said it was apparent that Mr Dara was under the influence of some drugs as he brandished his sword in an attempt to resist police arrest.

He added Mr Dara, from Takeo Province’s Tram Kak district, was taken into custody and tested positive for drugs.