A new QR code-based payment system, which is being developed in cooperation with Thailand, will launch next year, representatives of the central bank announced last week.

Speaking at a workshop Friday, Chea Serey, director of the National Bank of Cambodia, said they are now selecting the banks best fitted to help the central bank finalise the promising QR code-based app.

“We are now determining the financial institutions that will join us, and we will also prepare the rules and procedures with the central bank of Thailand,” she said.

“We are optimistic that in mid-2019 the system will be operational,” she added.

The new payment system was announced last month by NBC. Cambodian and Thai authorities are both working together to develop it, and it will allow citizens of one country to shop in the other using their own currency.

Ms Serey said users of the system will be required to have a bank account in the local currency.

“This is the step in our plans for integration through bilateral cooperation. We plan to expand the system to other countries in Asean,” she said. 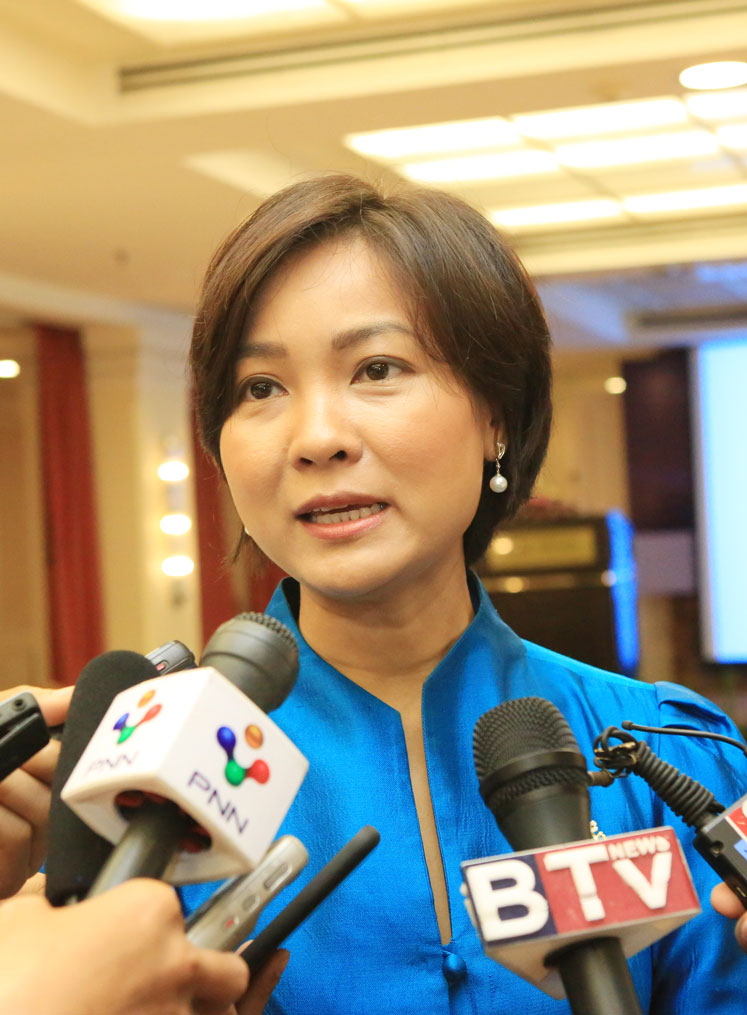 In Channy, president and group managing director of Acleda Bank, told Khmer Times yesterday that they will cooperate with NBC to ready the system.

“We are now developing our fintech capabilities to help the central bank with their new payment system,” he said.

“It will be a good way to increase the use of the riel and the Thai bath. We are happy to join NBC.

“The system will boost the presence of the riel in the international market, and will encourage more and more people to use the currency,” he added.

In a press statement released last month, NBC said the use of the QR code system for payment will afford Cambodians with a bank account in riel a lot of advantages. For example, Cambodian tourists will be able to purchase goods and pay for medical treatment in Thailand, NBC said.

“The QR code system is convenient, fast, safe, and cheap. Cambodians will no longer have to be concerned about losing money when exchanging riel into Thai baht.

“They will no longer have to worry about not having enough bath in their pocket when visiting Thailand,” it said.

It is the first step on a wider scheme to facilitate payments across both nations. Initially, the focus will be on “general payments”, particularly those made by tourists, NBC said.

Future expansions of the programme will target migrant workers’ remittances, as well as cross-border trade payments and even investment, it added.

Lim Heng, vice president of the Cambodia Chamber of Commerce, told Khmer Times last month that he was excited about the new system, saying it will particularly benefit businesspeople and investors, but also acknowledging the benefits to migrant workers, who will be able to send remittances back home more conveniently.

Ms Serey said that the payment system will encourage more Cambodians to open bank accounts in the local currency, as people will realize the multiple benefits within the country and abroad of banking in riel.

SmartSpark: A new entrepreneurship program to tackle the SDGs