Number of flood deaths rises to 18

The Ministry of Water Resources and Metereology said yesterday that flooding of the Mekong, Sekong and Sesan rivers was caused by tropical storm Bebinca and that the death toll from floods in some provinces have risen to 18.

The ministry said the Mekong in Stung Treng province could rise 11 metres with a danger level at 10.7 metres.

“The water level of Mekong river, Sekong river and Sesan river will rise more due to the effect of the Bebinca storm,” Minister Lim Kean Hor said. 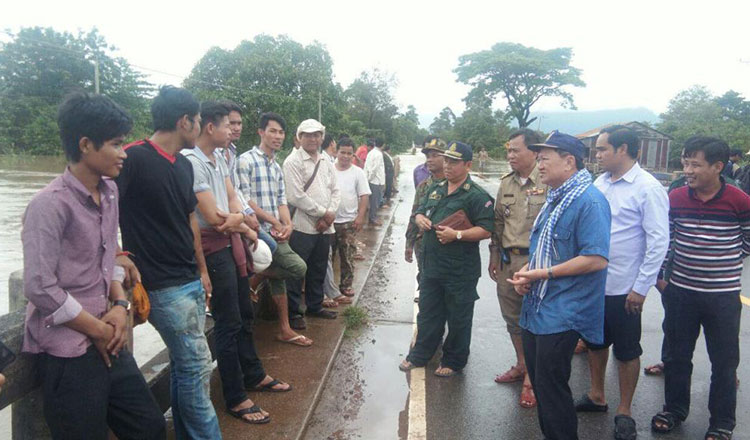 The water level seemed to have receded at some points, but still covered the road and bridge for more than 300 metres and at a depth of a metre.

Yun Min, governor of Preah Sihanouk province, went yesterday to examine the flooding at Samrong bridge and ordered officials to take boats for people to cross. The authority urged travelers to use National Road 3 instead.

Sao Borei Vathanak, deputy of Kampong Seila district police, said the water had receded in some places along National Road 4, but big trucks were banned temporarily from mobilising.

Meanwhile, the water at Sangke river in Battambang province increased to 11.85 metres, with the danger level at 13.75 metres, after days of heavy rain.

The Sekong river in Siem Pang district of Stung Treng province is threatening new flooding in some areas. The river level had reached 11.98 metres with a danger level of 11.5 metres. 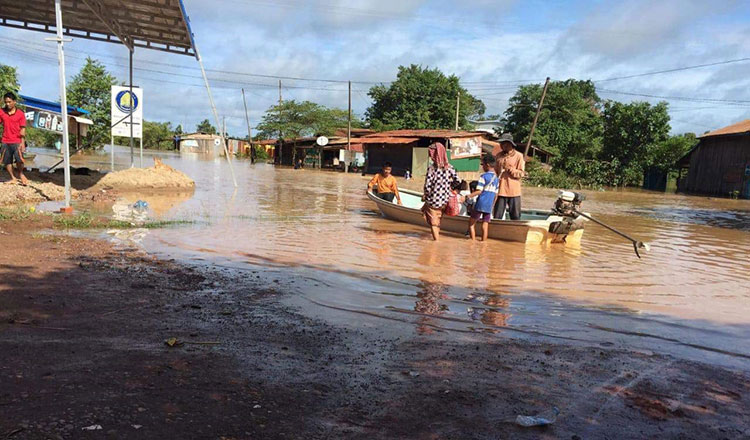 “The floods have come again to Stung Treng province,” he said. “The authority is ready to intervene for them at any time.”

“Due to Cambodia suffering from a new storm, the damage from floods will increase,” he said.

Kim Sok to continue to work as a critic