A fire ripped through several Cambodian-run stalls at the Rong Kluea market on the Thai side of the border near Poipet city on Saturday evening, according to an official.

City deputy fire chief Ly Vibol said yesterday that the fire at the market in Thailand’s Sakeo province was caused by a short circuit and destroyed 10 stalls but there are no reports of any injury.

“To the best of my knowledge and information I gathered, no one was injured,” Mr Vibol said. “Only property was destroyed and authorities in Thailand concluded that the fire was caused by an electrical malfunctioning in the market and damage is said to be about $30,000.” 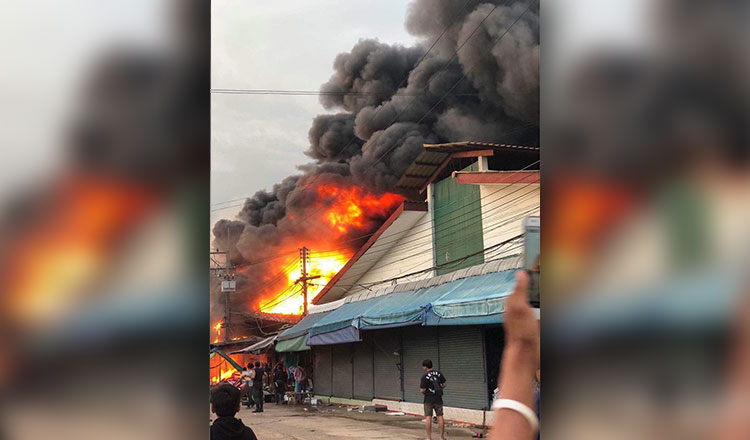 He said that Thai firemen in 10 trucks went to the scene and quickly brought the blaze under control before more stalls were destroyed.

“The fire happened at about 5.50pm and embers were still burning with firemen still at scene yesterday,” Mr Vibol added.

A Cambodian vendor, who only identified herself as Ey, said the fire happened away from her stall and she had heard that there were some injuries. 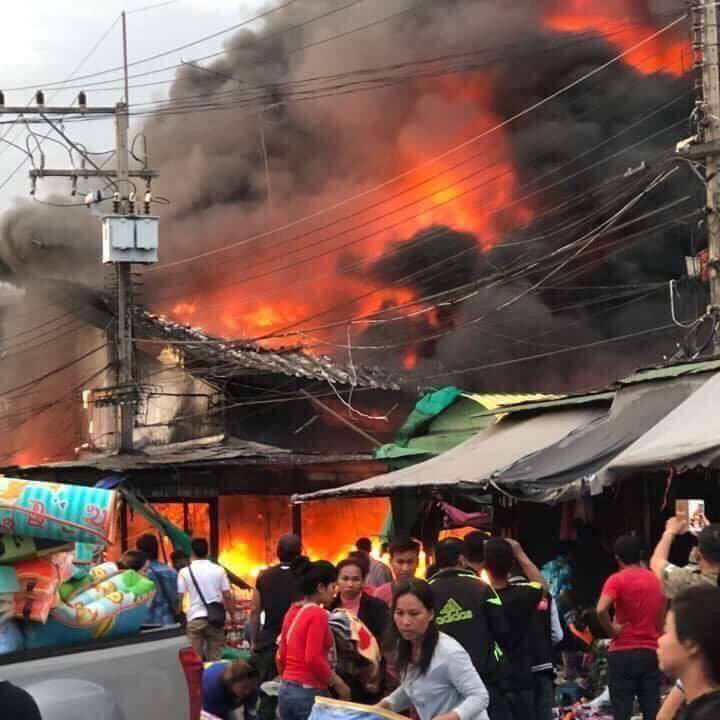 She said that the destroyed stalls belonged to Thais and were rented out to Cambodians.

Poipet City governor San Seanho visited the market yesterday morning and later expressed his condolences to the affected vendors in his Facebook page.

He could not be reached for comments yesterday and provincial hall spokesman Ly Sary said he does not have any details about the fire yet. 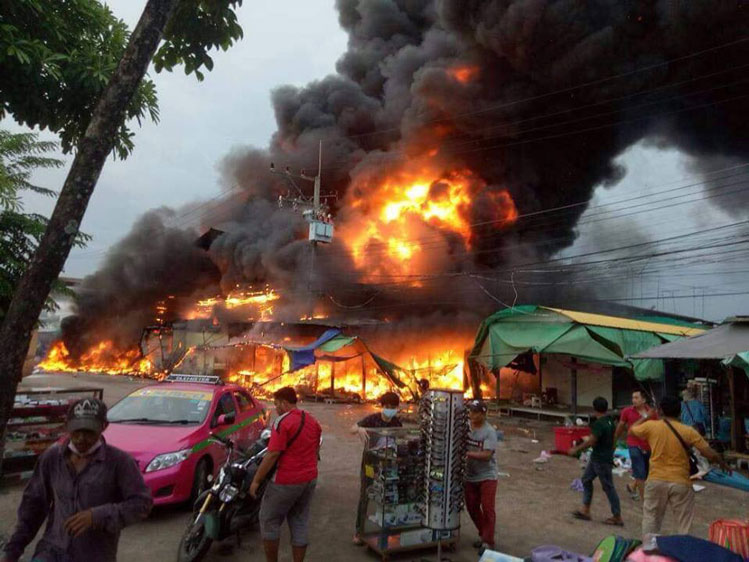 Two charged for killing a man