Sotr Nikum district police, in Siem Reap province on Saturday arrested two Chinese nationals who robbed a fish vendor of $25 after they gambled away all their money.

He said that at about 7.30am on Saturday, the two visited a market in the district’s Dam Dek commune and stopped by fish vendor Yim Chantha’s stall.

Maj Soeun said that the two pretended that they wanted to buy fish from Ms Chanta, 56. 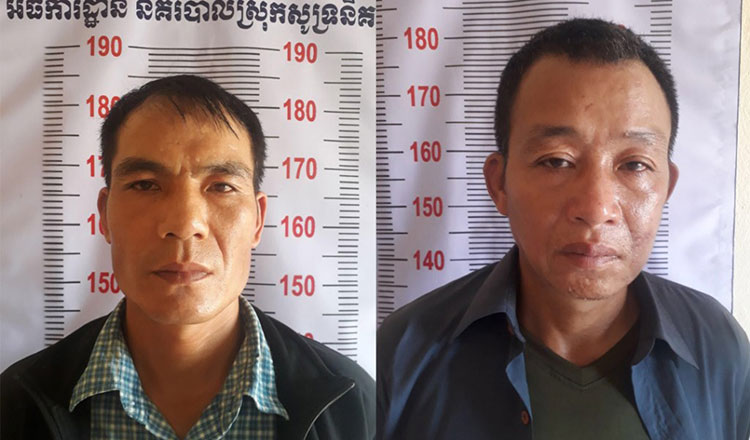 “While Lou Kongjing was discussing the price of the fish with the victim, Lou Bin snatched the money from her bag and both fled,” he said. “They then rode off on their motorbike towards Siem Reap city.”

“Ms Chanta alerted policemen at the market who gave chase on a motorbike and arrested the two after about an hour later,” he added. Maj Soeun said that police seized the motorbike and returned the stolen money to Ms Chanta.

A provincial police officer, who did not wish to be named, said that both men are still detained for questioning and will be sent to Siem Reap Provincial Court today.

“During their interrogation, they admitted to the crime and said that they robbed the victim because they had run out of money,” he said. “They said that they had gambled away all their money.”

The officer added that both are accused of committing theft and face up to five years in jail each if convicted.