Serey Siv is a Cambodian-Canadian, born and raised in Canada. He has lived in Montreal, Seoul, Tokyo, Phnom Penh and Siem Reap. As a mixed-media artist and visual storyteller, he is drawn to explore the customs, heritage and values that characterise his subjects. His work has been exhibited in Cambodia, Thailand and Japan.

His exhibition, ‘Language Barrier’ opened at the Bophana Audio Visual Resource Center on Wednesday and goes on till September 20. Admission is free.

Serey lives in Siem Reap and works at Mirage, an art space and cafe he co-founded in 2016. On hiatus from his musical career, he is currently working on a photography project funded by the Cambodian Living Arts on mixed raced Cambodians and returning Cambodian diaspora living in Cambodia.

In his own movements through North America and Asia, documentary photographer Serey Siv found language and identity to be inextricably linked, particularly as he juggled his Cambodian heritage and upbringing in Montreal.

‘Language Barrier’ is his ongoing photo project documenting mixed-race Cambodian children and second generation Cambodian diaspora living around his current home of Siem Reap, Cambodia. Stepping beyond his own connections to the heritage, he attempts to strip through the barricades built by other members of the diaspora and reveal the complexities and mutations of Cambodian identity, in order to find a way to express the intricacies both to outsiders and those who wear some degree of the culture.

After building a rapport and subsequently gaining invitation to each person’s homes, Serey attempts to collect and document their stories and memories of each person’s distant past. In each intimate interview, he probes a subject’s relationship to a Cambodian identity, whether they feel the need to learn their parents’ language, or whether they are battling with an identity crisis. He also documents the memorabilia, antiques and mementos lying around their homes – such as traditional Buddhist statues or old family photos – to show us a glimpse into the subtle details of their lives. 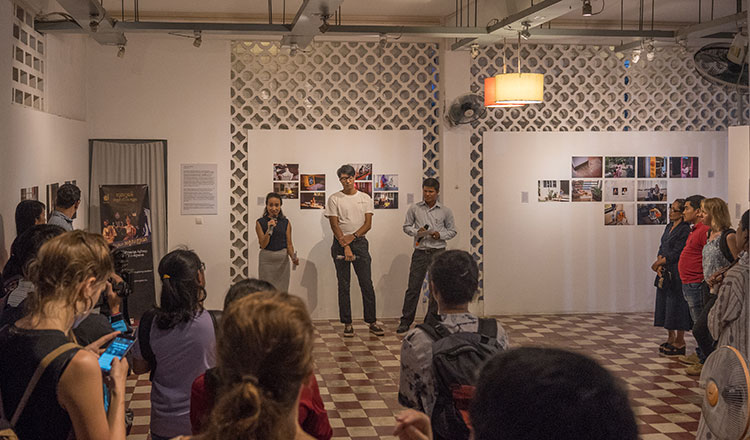 In this body of work, Serey’s objective is to challenge Cambodian society as a whole, including the kaun kat (mixed-race) and anikachun Khmer (diaspora), the expatriate and immigrant parents, to reconsider our notions of Cambodian history and culture.