Home - No standards seen for observers

An official who led more than 2,000 people to monitor the national election said yesterday that many other observers, from both within and outside the country, had different standards for observing the election.

During a discussion hosted by Khmer Times yesterday, Heng Vanda, chairman of the Higher Education Association, said that the thousands of observers tasked with monitoring the poll had varied levels of experience, professionalism and standards.

He said that his organisation had enough ability to observe the election because it was comprised of intellectuals and institution leaders, including people who used to work with the US and EU as well as with the National Election Committee.

“The work is not complicated for intellectuals,” Mr Vanda said.

Mr Vanda said that the Higher Education Association consists of 203 institutes nationwide and decided to step in to monitor the election because observers from some local NGOs and foreign countries pulled out.

Major local election watchdogs Comfrel and its counterpart Nicfec decided not to monitor the election after being blacklisted following the June 2017 commune elections.

Thirty-eight civil society groups formed a ‘Situation Room’ to monitor the June 4, 2017 commune elections, but it was later probed under the Law on Association and Non-governmental Organisations.The investigation concluded the consortium should have registered with the ministry as a single entity according to the law.

He said that his organisation disbursed about $200,000 of its own budget during the election process.

“Even foreign observers did not have the same level of professionalism,” Mr Vanda said, noting his team was trained by the NEC. “In the world, there is no standard for a democracy.”

“We evaluated the election process based on its quantitative and qualitative process,” Mr Vanda said.

Sam Kuntheamy, executive director of Nicfec, said that although no school was established to teach election observation, observers get training and experience as needed. 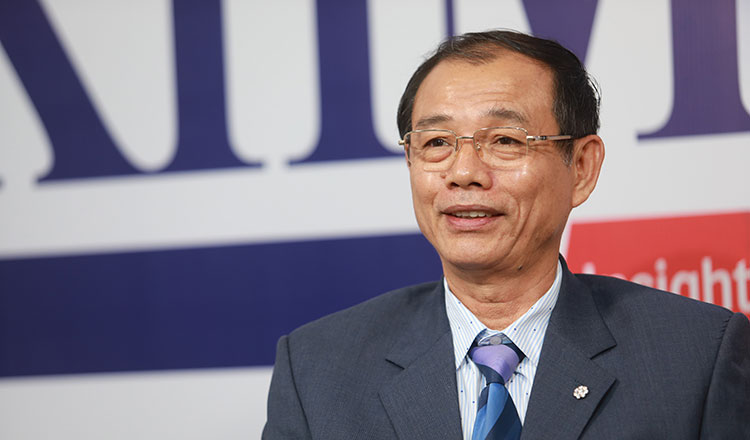 “Observers must have good morality, neutrality and independence,” Mr Kuntheamy said, noting Nicfec had plenty of experience to monitor the elections.

“Democracy has a standard because it is based on national and international laws,” Mr Kuntheamy said. “I have observed the elections in about ten foreign countries, so I have a lot of experiences.”

Korn Savang, coordinator of Comfrel, said that professional observation had to be based on principles of democracy, coupled with knowledge of international and national laws.

“We have a standard for evaluation that is based on principles,” Mr Savang said.“Democracy does not share standards, but it consists of specific principles.”

More than 50 people arrested over drugs in Sihanoukville