Historic victory for the ruling CPP

The National Election Committee yesterday released its official election results, confirming a resounding victory for the ruling CPP which secured all 125 seats in the National Assembly.

The NEC finalised the results after releasing preliminary results on Saturday and giving political parties three days to file formal complaints, none of which did.

The CPP dominated all other parties by garnering 4,889,113 votes, 77.36 percent, of all valid ballots, ensuring its victory in every province and the capital to overtake the National Assembly.

The three closest competitors were Funcinpec with 374,510 votes, the League for Democratic Party with 309,364 votes, and the Khmer Will Party with 212,869 votes. After the election result was announced, the CPP released a statement to acknowledge its victory, noting that electors chose the party to ensure the country’s continued economic and social development.

The statement also said the election results marked a victory for the CPP and failure for opposition groups that had sought to undermine democracy in Cambodia.

“The CPP regrets that a number of foreign communities did not observe the election process…and accused the election of not being free or fair,” it said. “This attitude is strongly insulting to the nearly seven million voters that cast ballots and it does not benefit the development of democracy and peace in Cambodia.”

Yang Saing Koma, co-founder of the Grassroots Democratic Party, said he was disappointed that the National Assembly has been taken over by a single party.

“There is nothing we can do. No more multi-party democracy in the National Assembly,” he said. “Although the GDP did not win a single seat, the party will not give up and will work hard outside the parliament as a watchdog to ensure that the ruling party will lead the country on the right path.”

Pich Sros, president of the Cambodian Youth Party, said he respected the result as the election was held freely and fairly.

“The result clearly shows that voters want the CPP to continue leading the government,” he said. “I dare not compete with the CPP at this point.”

Prime Minister Hun Sen weighed in on the results after they were announced on national television.

On his Facebook page, Mr Hun Sen thanked all CPP members who were involved in the election campaign and voted for the CPP. 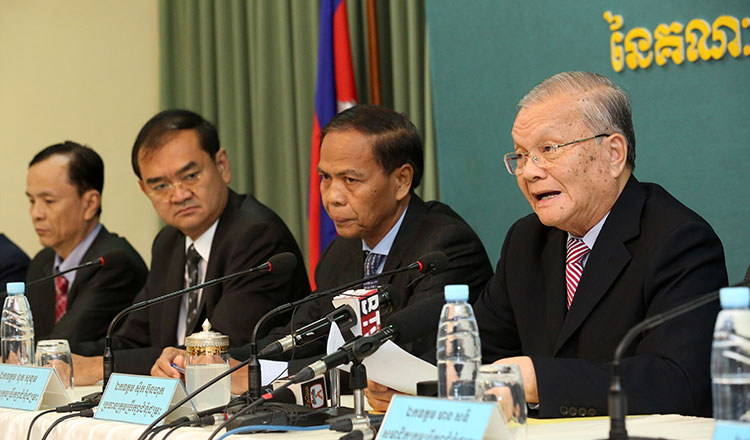 “The election result clearly shows that Cambodian people have faith in the legitimate leadership of the CPP,” he added. “The people have decided to choose peace, development, and to strengthen democracy for the nation.”

The National Assembly’s opening session is expected on September 5, with the new government forming the following day before the first Council of Ministers meeting on September 7.

Budget boosts for health and education