Minister of Information Khieu Kanharith said on Facebook that the dolphin likely died many days ago and then was brought ashore by currents.

“In the mouth of this dead dolphin, they found many plastic bags,” he added. 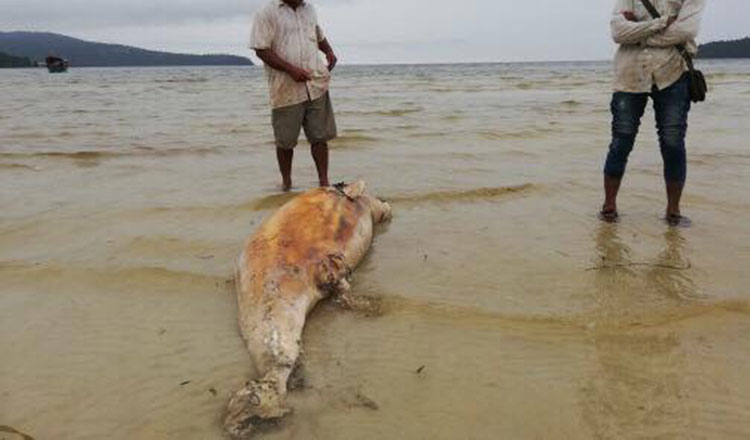 Peter Penh, a local tour guide, said he spotted the dead dolphin at about 7am.

“I do not know the reason why this dolphin died, but in the mouth and the intestines of this dolphin there was a lot of plastic waste,” he said. In June, an Irrawaddy dolphin was found dead after apparently getting entangled in an illegal fishing net at a dolphin conservation area in Kratie province.

The World Wildlife Fund said in April that the Irrawaddy dolphin population increased by ten percent in 2017 when compared to data obtained in 2015.

However, the mammal remains under threat, with a nationwide population of about 100, according to WWF.