The Ministry of Water Resources and Meteorology yesterday announced that the provinces of Battambang and Ratanakkiri are facing floods following a rise of water levels in the Sesan river.

Mr Samoeun said that local officials are ready to assist residents in case evacuations are needed.

“Provincial officials are ready to evacuate villagers should it come to it,” he said. 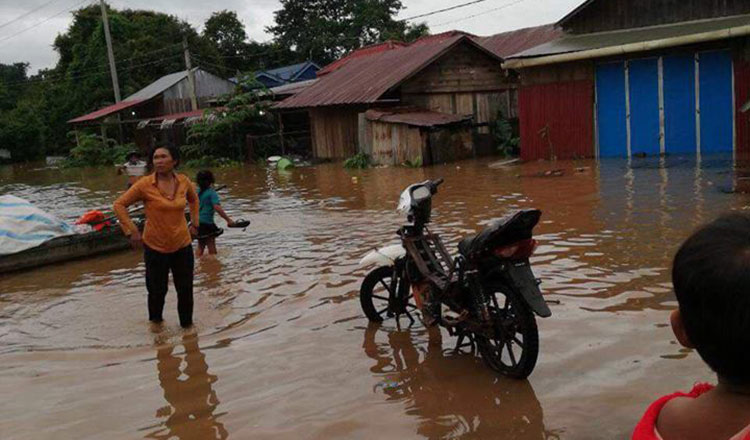 Heng Saveun, Veun Sai district governor, said that authorities have been standing by since heavy rain began to hit his district over the last few days.

“Due to heavy rain in these last few days, water from the river has increased, thus making some areas flooded; but the situation is not dire yet,” Mr Saveun said.

In addition, the ministry also announced that the water level in the Sangke river in Battambang city has risen to 12.35 metres.

It said that heavy rain will continually affect the river and appealed to residents to disseminate the information.