However, details of the raid remain scarce as officials continue the investigation. 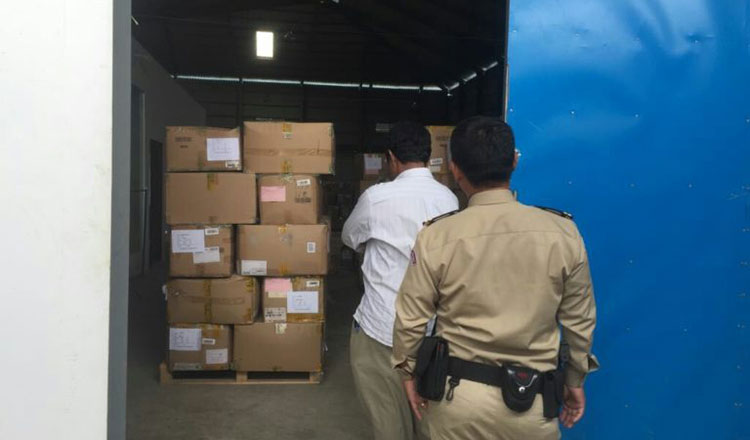 A Sen Sok district police officer who declined to be named said the warehouse is likely Chinese-owned and was being used to store various types of counterfeit products.

“When the raid was conducted, the Chinese came out to meet the officers,” he said. “The products likely belong to the Chinese and there are thousands products, including clothes.”

“Initially, the officers suspected that the Chinese wanted to fake Chinese products as Cambodian in order to export them to a foreign country,” he added.

He noted that no decision has been made yet on what legal action may be taken as time is given to the owners to provide documents to prove legal ownership of the products.