Major Seng Savuth, a municipal police officer, identified the suspects as Try Darin, 38, and Srun Piseth, 32. They were arrested at about 5am yesterday and are detained for questioning.

Maj Savuth said that at about 2am yesterday, Mr Darin was driving his Lexus RX 570 along National Road 5 in the district’s Chraing Chamres 2 commune.

He said that Mr Darin, who was drunk and driving very fast, lost control of the car, which swerved off the road and hit a fire hydrant.

“After the accident, he tried to drive his damaged car away from the scene,” Maj Savuth said. “But after about 50 metres, he found that he could not do so because all four wheels were flat.”

He said that two traffic policemen arrived and wanted to tow the car.

Maj Savuth said that Mr Darin became angry, drew out his pistol and threatened to kill the policemen before telephoning Mr Piseth to help him. 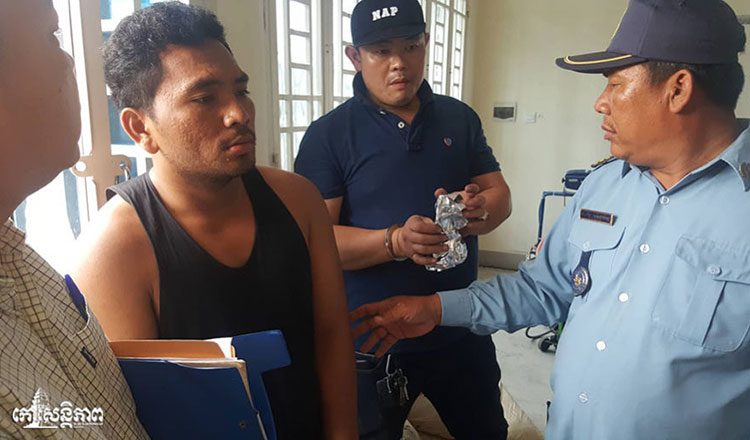 He added that Mr Piseth arrived in his car and used it to tow away Mr Darin’s car from the scene of the accident to his house in the commune.

Maj Savuth said that both were arrested in the district later in the morning, when police seized Mr Darin’s car and pistol.

Both are accused of issuing a death threat and obstructing a public official and will be sent to Phnom Penh Municipal Court today, he noted.