The official election results are scheduled to be announced today since the National Election Committee and the Constitutional Council received no complaints against the preliminary results.

“The NEC received only one complaint from the Cambodian Youth Party, but the party withdrew its complaint just hours later on August 13,” Mr Bun Hok said.

The NEC on Monday seemed set to delay the release of its official election results after a recount was demanded by the CYP, which subsequently withdrew its complaint just hours later.

CYP president Pich Sros yesterday said he still wishes to refile the complaint, but realises he has missed the deadline.

“We still maintain the stance to request the NEC to recount the ballots that we received, although it’s late now,” he said. “I still think it’s important to find out the truth. We did not win a seat in parliament, but we won votes from a number of people.”

Mr Sros claimed the NEC got the number of votes for his party wrong, by a marginal amount. The actual number of supporters who voted for the CYP is 39,417, not 39,333, he said.

“I would like to inform the chairman of the National Election Committee that 72 hours after the preliminary election results were announced by the NEC, the Constitutional Council did not receive any written complaints from political parties,” he said.

According to article 131 of the Election Law, all political parties may protest the preliminary election results within 72 hours after their release.

The NEC on Saturday announced its preliminary results, upping the voter turnout rate to 83.02 percent with 6,362,241 valid votes cast and 594,659 invalid votes tallied.

Based on its own calculations, the CPP said it secured all 125 seats in the National Assembly. 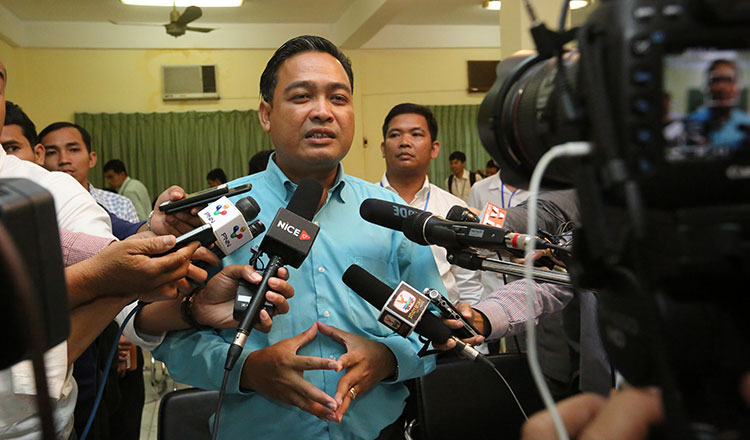 Prime Minister Hun Sen wrote a message on Facebook yesterday saying that 80 percent of the registered voters cast ballots to determine their country’s fate to ensure peace and development.

“Cambodia has made it clear to the world that 83.02 percent of voters cast ballots. Only Cambodians clearly know what they want, especially sustainable peace and development,” Mr Hun Sen said.

Although some political parties cast doubt over the election and accused it of being not free or fair, most of the parties said that they accepted the results and respected the will of voters.

Speaking at a brief press conference yesterday, Khmer Economic Development Party president Huon Reach Chamroeun said that his party will cancel its protest against the election results, a plan that it made after the preliminary election results were released.

“To avoid causing a social problem, the KEDP will not hold protests,” he said. “If we hold protests, it is not different from demonstrating to overthrow the government. We are an opposition party that puts national interests first.”

“Filing a complaint to the international community will only kill the Cambodian economy and its own people,” he added.

Consultation Forum to be created