The Water Resources Ministry yesterday announced that floodwaters in the Mekong river are receding, while some provincial authorities are still donating money to affected families. 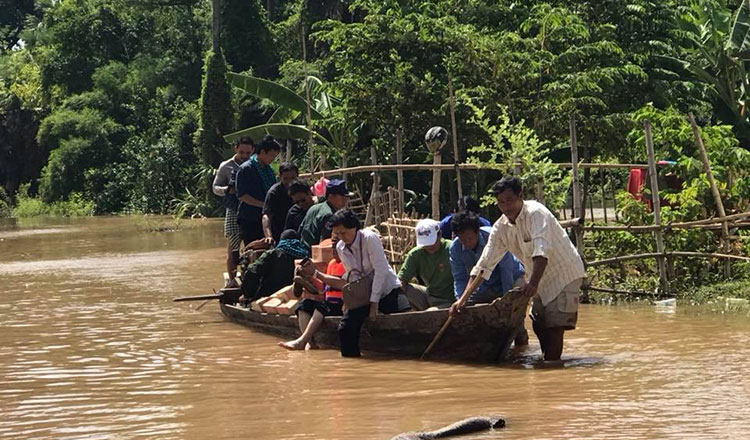 He added that more than 118 families in Siem Bok district received aid yesterday.

“People are facing difficulty finding food after their crops were affected,” he said. “So the authorities are still offering some cash aid to them.” 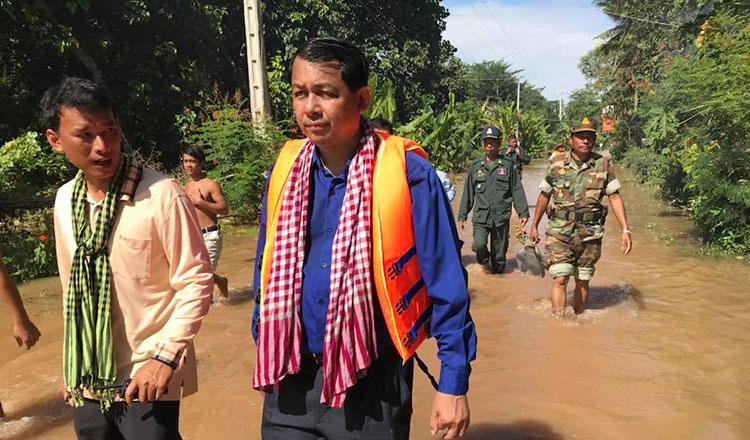 Phnom Penh authorities also announced yesterday that they have repaired about 70 percent of the portion of the river bank which collapsed in Russey Keo district’s Prek Tasek commune last week. Nine people were killed in Kampong Cham, two in Stung Treng, one in Kratie, one in Tboung Khmum and two in Prey Veng province.

NCDM spokesman Keo Vy said on Sunday that floods affected 228 communes across the country, leading to thousands of families being evacuated to 53 different shelters.

More than 24,000 animals were also evacuated and 28,171 hectares of rice paddy were flooded, he said, adding that 194 schools have also been affected.