Stock of timber seized in Ratanakkiri

District police chief Mao Sann said the seizure was made during a crackdown on illegal logging in the area.

“Our officers, together with the military police and forestry administration officials, raided the house and found a lot of timber hidden around it,” he said. “The raid was led by deputy district Governor Sun Lim.”

The house owner said in a live Facebook video feed yesterday that the timber belonged to some Vietnamese who paid him to store it.

“The timber does not belong to me,” he said. “Some Vietnamese people asked me to keep the timber here and offered me up to $7,000 per truckload.” 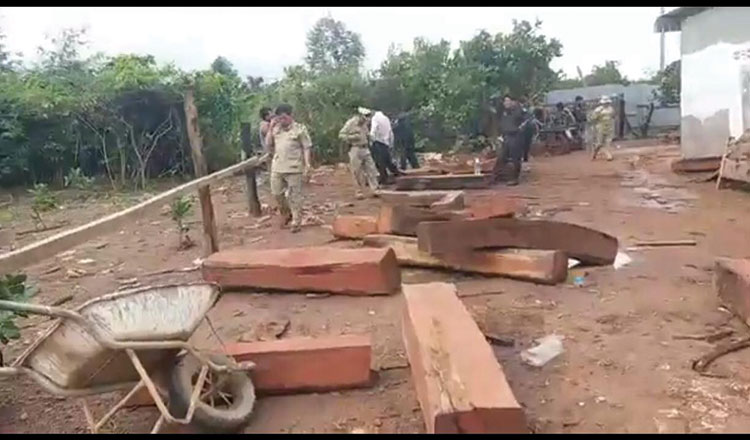 “They left the timber at my place about six months ago,” he added.

A district forestry administration official, who declined to be named, said officials are still counting the timber and would wait for the owner to show up and pay the required fines according to its value.

“We will measure the logs and also compile documents to send to the court should the owners not appear to claim them,” he said. “However, if they show up, they will need to pay fines of three times the value of the timber to the forestry administration.”

He said that the house owner will also be brought in for questioning.

“If they do not agree to pay, the case will be sent to court after which the timber will be auctioned off,” he added.

Suspects held over murder of family