Chen Tai An, director of Yunnan Shengmao Investment, said the project, known as Triumph Commercial Centre, is in line with China’s Belt and Road Initiative (BRI). He said the project will bring the two countries closer.

“We are constructing an international commercial and tourism center. There are about 10,000 companies with 100,000 types of goods that will occupy the complex,” Mr Chen said, adding that it will be “the biggest commercial centre in Cambodia connecting to the rest of the world through BIR.”

He said the first phase of the project will be completed by the end of next year, with the whole development finished a year later.

The project received approval from the Council for the Development of Cambodia (CDC) in April. CDC said Triumph Commercial Centre will help create more than 1,000 jobs. 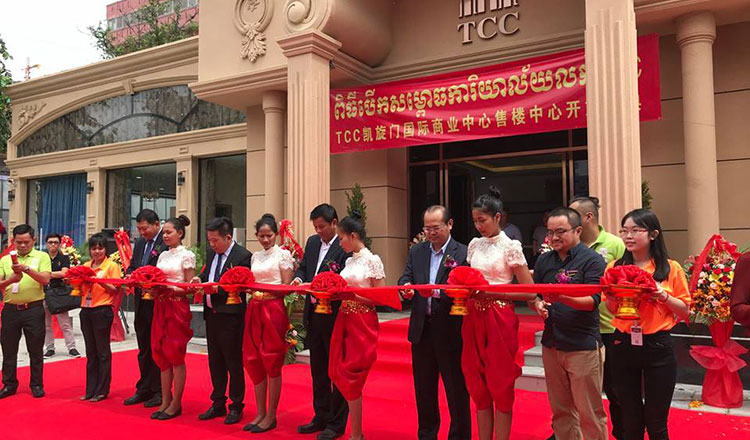 Hei Bavy, PPAP’s director general, said the port authority decided to lease the site because the land was idle.

“Previously this area was used for the storage of containers, but since 2013, this site was not really used because PPAP transferred all its container operations to the terminal in Kien Svay, in Kandal province.

“It took two years to study the project before starting construction. It will provide many benefits for local businesspeople, as well as the general public through employment creation,” Mr Bavy said.

PPAP was paid $16.5 million for the deal, which will see the development of the area that stretches from Chroy Changvar Bridge – also known as the Cambodia-Japan Friendship Bridge – to the Night Market into a commercial complex.