The Khmer Will Party has called on democrats from other political parties to join its ranks in a move to build up a robust opposition to challenge the powerhouse CPP.

During an exclusive interview with Khmer Times yesterday, KWP president Kong Monika positioned his party as the replacement opposition and urged all democrats from other political parties to join hands with him.

“The KWP will not join the communist CPP. We would not let ourselves fall into the danger,” he said. “The KWP is open-minded and welcomes all democrats to join our party. We can work together with honesty, transparency, reliability and respect.”

“I’m convinced that the CNRP will not be able to return as the party led by Sam Rainsy and Kem Sokha. Honestly, I think that Samdech Hun Sen will not let Rainsy and Sokha return to their positions and become Cambodia’s heroes once again,” he added, referencing the former opposition CNRP.

Despite not winning a parliamentary seat last month, Mr Monika said that he was satisfied with the preliminary election result as the party came in fourth place with 212,869 votes.

The KWP secured more votes than 16 other parties contesting the election on July 29, and gained much experience during the campaign period, he noted.

“The election results give KWP a chance to reflect and to discover both strengths and weaknesses in an effort to expand the party and become a real competitor to challenge the ruling party in coming years,” Mr Monika said.

Mr Monika, the youngest son of former senior CNRP official Kong Korm, said the KWP rose from the ashes of the CNRP and will be able to become the main opposition party in the future as it fights for democracy and freedom of expression.

Ou Chanrath, a former opposition lawmaker, said it would be an uphill task for the KWP to fill the CNRP’s shoes. 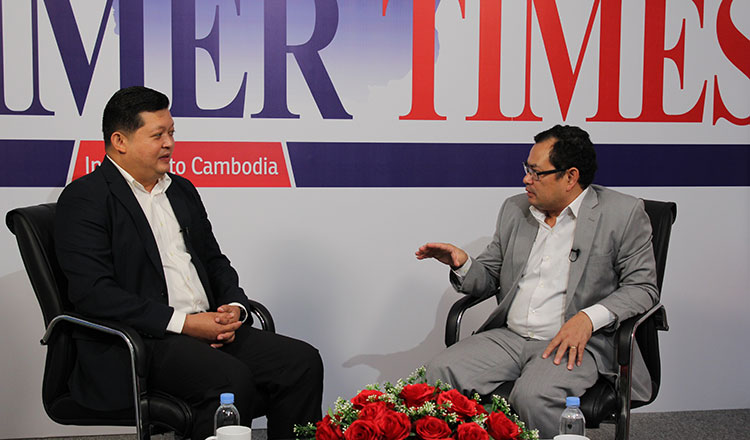 “I think the KWP won’t get any support because Monika has never had experience in politics,” Mr Chanrath said. “He is still young and his party has no support to challenge the current government.”

Political analyst Hang Vitou said the KWP will be able to become a strong opposition party on par with the dissolved CNRP as long as former senior CNRP officials join hands.

“Voters may not trust a newly-formed party like the KWP because it is a new party without clear political platforms,” Mr Vitou said. “I believe it will be able to reach the top and be well-known only if former CNRP officials join hands.”