Mr Kheng said that the ruling CPP must continue to address social issues raised by citizens.

“All of your hard work during the fifth mandate is considered to be a historical success by ensuring national security, social order and the development of both economic and social activities,” he said. “I hope you are ready to work for the national interest and not get involved in nepotism, corruption and other forms of abuse of power.”

Mr Kheng added that the top issues remain to be corruption, security and infrastructure.

Battambang provincial Governor Nguon Rattanak said that under the ruling government, he was able to ensure a peaceful political climate and continue year-to-year development projects.

When asked about provincial issues he has yet to solve, Mr Rattanak said that poverty is one of the main problems that his administration is dealing with before the next national election. 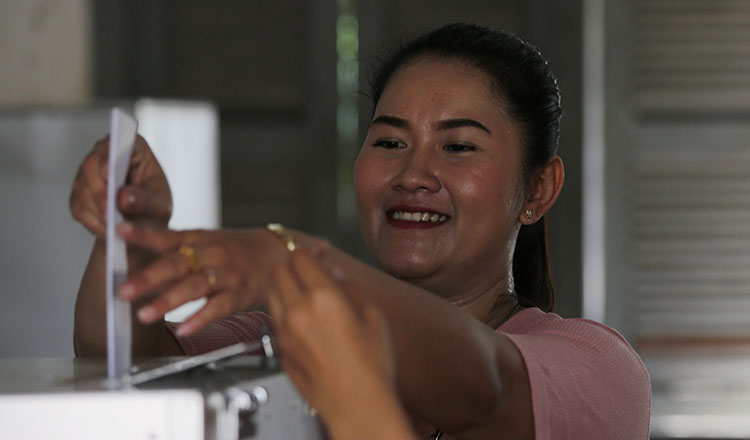 “The main problem here is poverty. I am trying to reduce poverty and help people find jobs or build businesses so they can earn more,” he said. “I believe that people want peace in this country, that’s why the voter turnout rate was so high and also why people voted for the CPP.”

Maj Gen Rath said that illegal logging has become a major concern ever since he took office last year.

“I would say that the province was criticised over the amount of illegal logging activities in 2015 and 2016. I dare to say that it’s no longer a big problem after I became an authority figure,” he said.“It’s important to keep track of all the problems and work together to solve them. It’s a matter of how effective I can manage all my officers so we can get rid of the problem.”

The National Election Committee on Saturday announced the official preliminary election results, noting that the CPP secured a landslide victory by garnering 4,889,113 votes, or 77.36 percent of all valid ballots.