Kratie provincial police are investigating the brutal murder of a family of four in Chet Borei district, where bullet casings were found alongside charred bodies and in the ashes of the family’s home.

Chet Borei district Governor Hang Chandy said the family was initially thought to have died in the inferno that engulfed their home on Thursday night at about 11pm in Thmei commune.

But Mr Chandy said yesterday that upon closer inspection, bullet casings were found at the scene, promoting a murder investigation which has revealed that neighbours of the victims heard gunshots on the bight of the blaze.

“When our officials went to the scene, we saw four charred bodies in the house which was completed burned down,” Mr Chandy said. “Officials believe the family was targeted in a revenge killing because villagers heard gunfire.”

Mr Chandy added that villagers have informed police that they saw the blaze from a distance after hearing the gunshots, but did not venture to the home to investigate because it was a few kilometres away.

He identified the victims as Chhum Chhean, 30, his wife Chuon Sokneang, 36, and their children, an 11-year-old son and nine-year-old daughter.

Mr Chandy said that the teacher of the two children first raised the alarm after noting their absence from school.

The teacher checked with villagers to find the children after being unable to reach their parents, he said.

Once informed about the fire, the teacher contacted police who went to investigate. 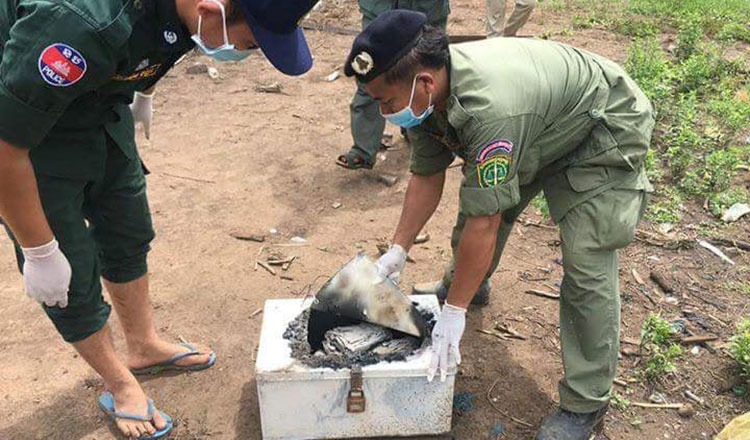 Mr Chandy noted that the victims had migrated from Kampong Cham province to farm on a three-hectare plot of land in the village, but had not yet registered as permanent residents with authorities.​ “We are saddened by the death of a whole family and hope police will catch the culprits soon,” he said. “The authorities have buried the bodies near the razed house.”

Deputy provincial Governor Pen Lynat said police informed him of the deaths, noting that the murder investigation is ongoing. 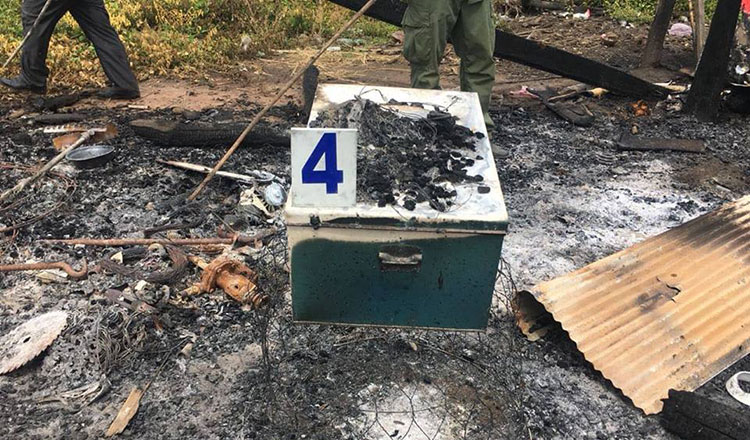