The Foreign Affairs Ministry said yesterday that Thailand and the Philippines have congratulated the government on a successful national election.

“On behalf of President Rodrigo Duterte and the Filipino people, I wish to congratulate the Cambodian government and its people on a peaceful and orderly national election,” Mr Cayetano said in his statement, according to the ministry. 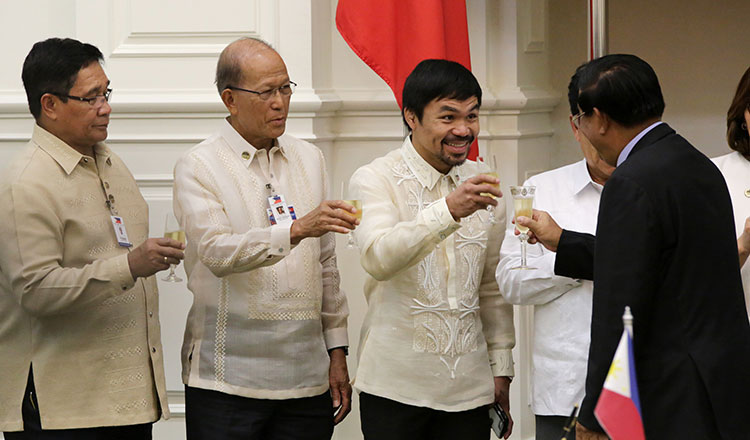 “The Philippines remains committed to working with Cambodia in further enhancing friendly ties and in deepening cooperation at bilateral, regional and international levels,” he added.

“I am confident that under [Prime Minister Hun Sen’s] leadership and renewed mandate, Cambodia will continue to prosper in the years ahead,” Mr Prayuth said. “I wish to congratulate Cambodian authorities for the successful general election.”

“Thailand, as an immediate neighbour, reaffirms our commitment to further strengthening the long-standing ties of friendship and close cooperation with Cambodia for the mutual benefits of our peoples,” he added.

Based on its own calculations, the CPP said that it secured all 125 National Assembly seats after it had garnered 77.78 percent of all valid ballots.

“During an Asean Foreign Ministers meeting in Singapore last week, no one criticised us on how we conducted the election in Cambodia,” Mr Ket said.

“I look forward to working closely with your Excellency to further reinforce and develop the good neighbourliness, traditional friendship and close cooperation between Cambodia and Thailand for the interest of the two peoples, thus contributing to the Asean community and to peace, stability and property in the region and the world beyond,” said Mr Hun Sen.