Home - Heavy rain to continue over next few days

Heavy rain to continue over next few days

The Ministry of Water Resources and Meteorology yesterday predicted that heavy rain will continue to hit three provinces over the next few days.

In a statement, the ministry warned residents of Stung Treng, Kratie and Kampong Cham provinces to be cautious.

It noted that water in the lower Mekong, Tonle Bassac and Tonle Sap rivers will continue to increase. 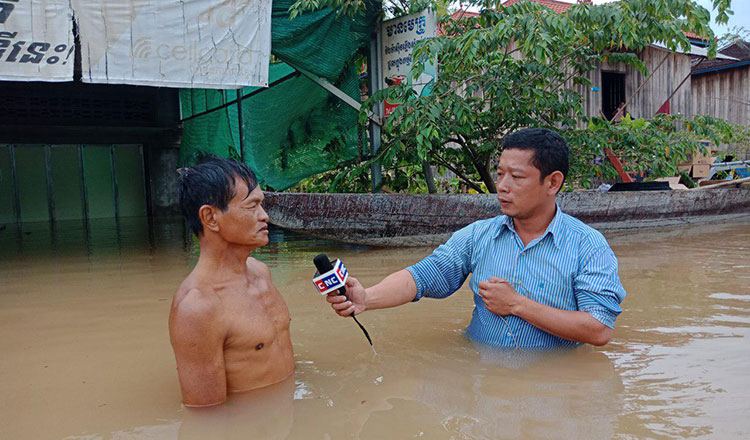 “Based on the water situation, the ministry is reminding people to take care of themselves,” Mr Kean Hor said. “The flood affected homes in the villages, but it’s not serious enough that people have to be evacuated,” he said. “Local authorities are ready to assist residents at all times.”

The Ministry of Agriculture said yesterday that more than 3,000 hectares of paddy fileds have been destroyed and 20,000 damaged by recent floods in the provinces of Stung Treng, Kratie, Kampong Cham and Tboung Khmum province.

According to a report from the National Committee for Disaster Management, a total of 39,243 families have been affected by floods, with 4,959 families evacuated to 53 safe locations in five provinces this month.