“After we learned about their activities, we launched a crackdown in these areas,” he said. “We found that families were fishing illegally and we seized and destroyed their equipment.”

A statement from the Agriculture Ministry yesterday said that 42 officers in 11 boats were deployed during the operation in the province’s Kampong Troalach district. 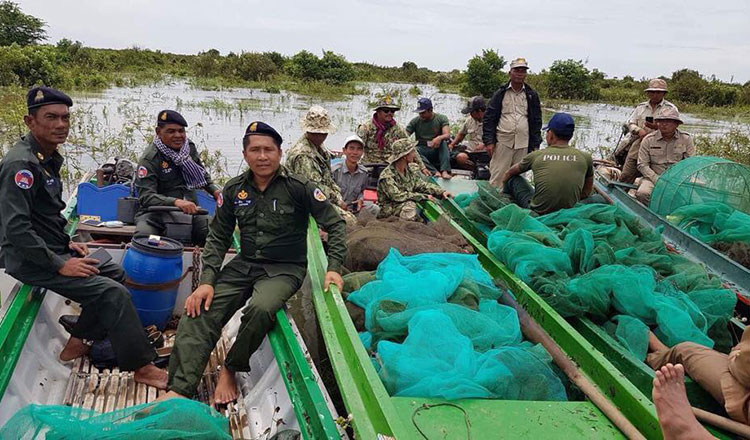 He called on officers to increase enforcement and cooperate with provincial, city and district authorities.

According to a ministry report, there were 1,444 cases of illegal fishing during the first half of the year, 206 fewer during the same period last year.

In this year’s cases, 1,369 were carried out in freshwater and 78 in the sea, leading to the seizure of hundreds of kilometres of various types of fishing nets, 24 electric-shock fishing devices and 19,999 kilograms of fish.