Commune police chief Ny Thavreak said that a woman and a man were held for questioning and later released after they paid relevant fines. 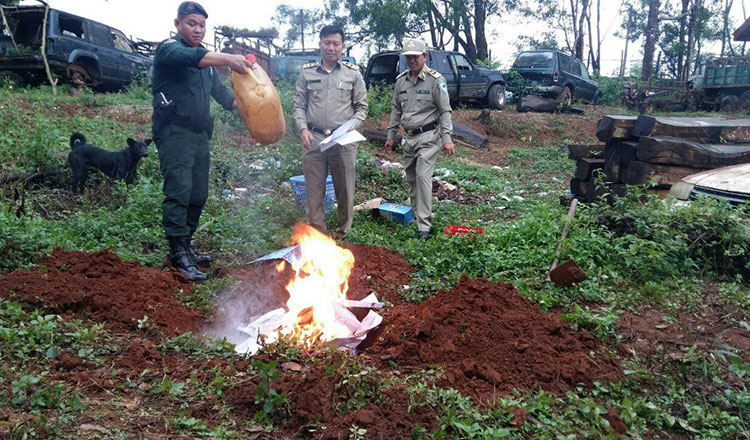 He identified them as Saom Kim Sang, 29, who has been caught selling wild meat before, and Saing Vuthy, 29.

“The raid was carried out by forestry officials, police and the NGO Wildlife Alliance from the province,” he said. “The seized meat included roe deer, wild pig and Java mousedeer.”

Mr Thavreak added that the meat was destroyed at the forestry administration office in the province.

A provincial forestry administration official, who declined to be named, said that the raid was carried out after an investigation. 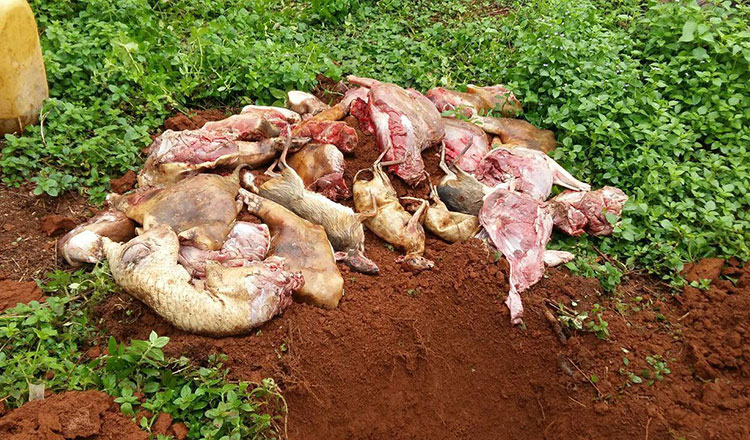 “After questioning, they were allowed to pay the fines and sign a contract not to repeat the act according to the forestry law,” he said.

He said that 52.7 kilograms of wild meat, including roe deer, wild pig, Java mousedeer, East Asian Porcupine and a live mountain turtle, was seized from one house.

In the other house, 15 kilograms of meat was seized, including wild pig, roe-deer and East Asian Porcupine stomachs.