Dangkor district police yesterday said that the story of a young high school student kidnapped by Chinese nationals, drugged and confined in a room with ten others is “pure fiction” strung by the girl to hide the selling of her motorbike from her father.

On Monday, Sum Vathana claimed his 18-year-old daughter Sum Davin had just returned home after being kidnapped and managing to escape.

Police on Tuesday cast doubt on the story and said it was being investigated further. 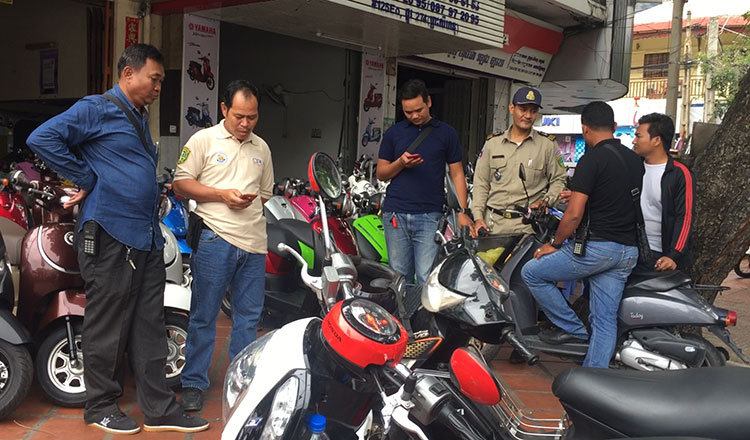 Nov Tith, head of the Dangkor district serious crime department, said yesterday that investigators questioned the girl at her home in Prey Sar commune and determined the kidnapping story was not true.

He said the girl fabricated the story after she sold her motorbike, disappeared for three days and spent the money.

“The story told by her father is pure fiction,” he said. “The truth is she sold her bike and spent the money. We already confiscated the bike and we are holding it in order to investigate further.”

“We still don’t know what sort of action we will taken upon her and her father because we are now investigating the case further,” Mr Tith added.

Neither Ms Davin nor her father could be reached for comment yesterday.

Trading documents shown by the police yesterday confirmed that Ms Davin sold her bike at Lucky motorcycle shop for $500 on Friday last week.

On Monday, Mr Vathana told the media that he had picked up his daughter in Boeng Keng Kang II commune after she escaped her captors, warning the police should investigate the case to find the other victims.

“The kidnappers were Chinese and the girls were kept in a dark place,” he claimed. “My daughter managed to escape while they were being transported to a different location. When she escaped, she called my phone and I picked her up in Boeng Keng Kang II commune.”