Youth are the backbone of the country and they make up almost two-thirds of the Cambodian population. Cambodia is home to the largest youth population in Southeast Asia with 65.3 percent of the population under the age of 30. With this fact, it is safe to say that they are the key factor in developing the nation economically and socially.

The United Nations itself acknowledges the importance of youth involvement and their potential. In 1999, the UN declared 12th August as the International Youth Day to celebrate, appreciate, and raise awareness of youth. Each year, they have different theme for different issues to address: Youth Civic Engagement for 2015, Road to 2030: Eradicating Poverty and Achieving Sustainability for 2016, and Youth Building Peace for 2017. Safe Spaces for Youth is this year’s International Youth Day theme.

The UN expressed that, “Youth need safe spaces where they can come together, engage in activities related to their diverse needs and interests, participate in decision making processes and freely express themselves. While there are many types of spaces, safe spaces ensure the dignity and safety of youth.”

As an active youth in her community, Seang SokCheng believes that safe space is a public space for youth to have healthy discussions without being bullied, judged, or threatened. SokCheng considered the Internet, Facebook specifically, as a safe space for youth, but recently, it was not the case. She said the public is out of the question because youth cannot express themselves politically or culturally without threats. 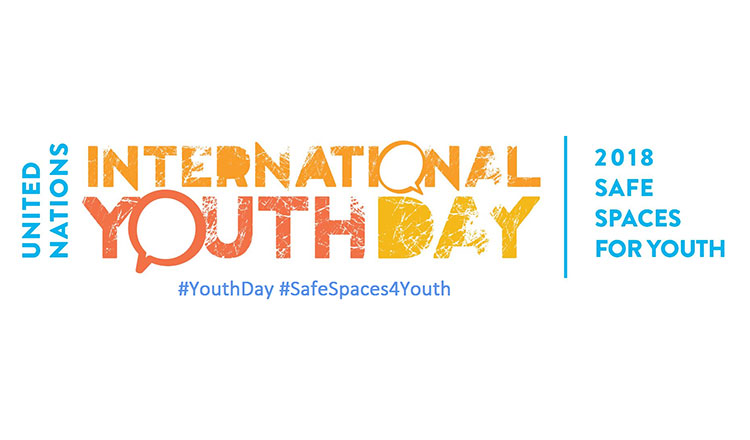 Since Cambodia’s youth are accounted for a huge chunk of the population, they are the economic and social driving force of the country. 73 percent of the active labor force in the country is from youth between the ages of 15 to 24. Thus, youth hold an important role in the decision-making in the country. More opportunities are needed for youth to express themselves and lead the country forward.

Even though has the demographic trend is towards the young population, they still lack the space to call their own. “When youth have safe spaces to engage, they can effectively contribute to development, including peace and social cohesion,” the UN noted. “As more and more youth grow in a technologically-connected world, they aspire to engage deeper in political, civic and social matters, and the availability and accessibility of safe spaces becomes even more crucial to make this a reality.”

“Best things I can do for the society is to always keep myself informed, always educate myself on matters that are relevant, always try to be kind and be helpful to others,” she said.

“I have a vision for our country and the world in general – to be kinder and to be a more informed place. Basically, just a big whole world of safe space where people can express their opinions and where people do not suffer from prejudice,” SokCheng adds.

Café for coffee – and book – lovers