Home - More than 300 fires recorded so far this year

More than 300 fires recorded so far this year

There were more than 300 fires in the first half of this year, an increase from the number of cases recorded during the same period last year, the Interior Ministry said yesterday.

Neth Vantha, the ministry’s Fire Prevention Department director, said yesterday that there were 351 fires in the first six months of this year compared to 309 cases during the first half of last year.

He said that 15 people died, 32 were hurt and 316 houses were damaged this year.

Mr Vantha said 40 percent of the fires were caused by short circuits, 38 percent from the burning of candles, incense or other inflammable substances, and 28 percent due to unknown causes. 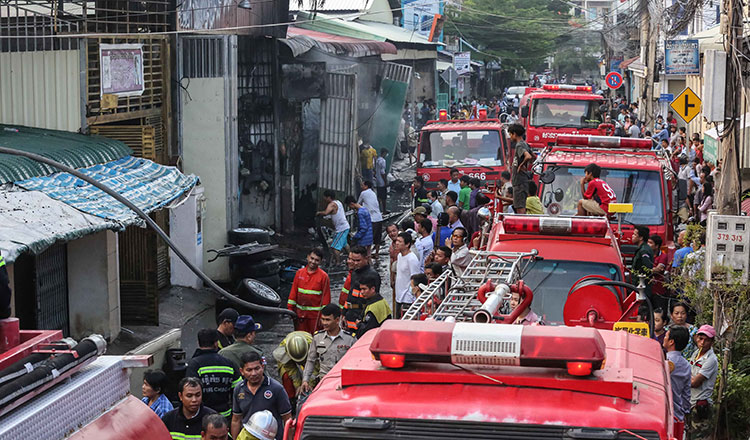 He called on authorities in the capital and provinces to continue disseminating information about fire prevention so people would be aware of measures to take in case a blaze breaks out.

Mr Vantha also advised people to note telephone numbers of firefighting units and urged them to be careful when using candles, incense or other at-risk equipment such as electrical appliances and gas stoves.​He also advised them to have fire extinguishers, water pumps, water containers and sandbags ready at home as these will come in handy during a fire.

“It is important to have these items readily available at home,” he said. “This is because when there is a small fire it can quickly be brought under control.”

“If someone does not know how to fight the fire, please seek someone who does so that the small fire will not spread and result in a big blaze,” he added.

He said that in 2013 the government had ordered 200 new trucks, but only received 113 which were deployed to remote districts in the country.

Mr Vantha said that the remaining 87 trucks were only delivered recently and they would be deployed to cities and districts which urgently need them.

Prom Yorn, the Phnom Penh Municipal Fire Department director, said yesterday that fires in the municipality increased during the first six months of this year, but could not immediately provide figures. 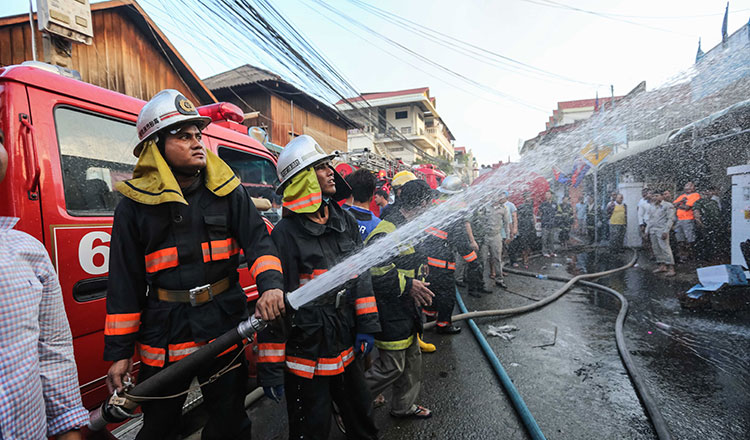 He blamed the fires on the poor awareness of preventing or controlling fires at home and also improper electrical connections.

According to a report by the Fire Prevention Department, there were 514 fires throughout the country for the whole of last year, a decrease from the 612 cases recorded in 2016. Twenty-two people were killed, 128 injured and 480 properties were damaged during last year’s fires.

PM weighs in on missing wages