The Ministry of Water Resources and Meteorology yesterday said that heavy rain has continued to fall in multiple provinces including Preah Vihear, Pursat, Kep, Mondulkiri, Kampong Cham and Phnom Penh.

Say Det, Rovieng district police chief, said that 20 families in Reab Roy commune have been affected by rising water from a nearby canal due to the rain. “The authorities evacuated the 20 families to safety,” he said.

Theang Leng, district police chief, said that six homes have been damaged due to the floods.

“No one was injured, but floods came during heavy rain over the past few days,” Mr Leng said. “It will recede soon if the rain stops. Authorities are warning people now.” 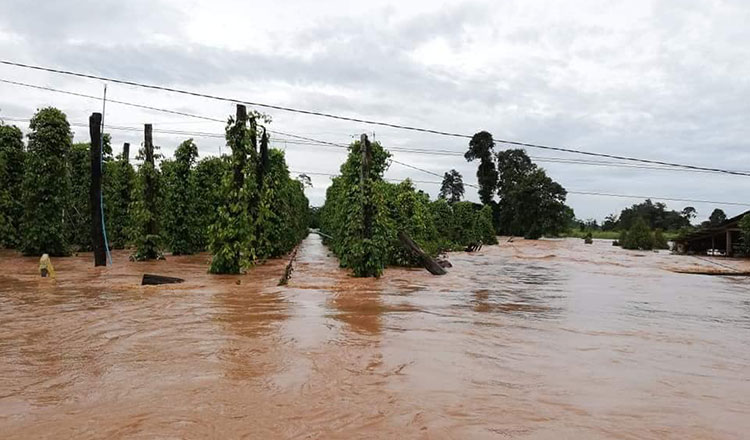 Kampong Cham Provincial Hall yesterday said that 22,335 families have been affected by the floods. It added that a total of 1,899 people were evacuated.

Hean Vanhan, director of the General Directorate of Agriculture, said that the ministry began distributing seeds to farmers whose fields were affected by the floods. 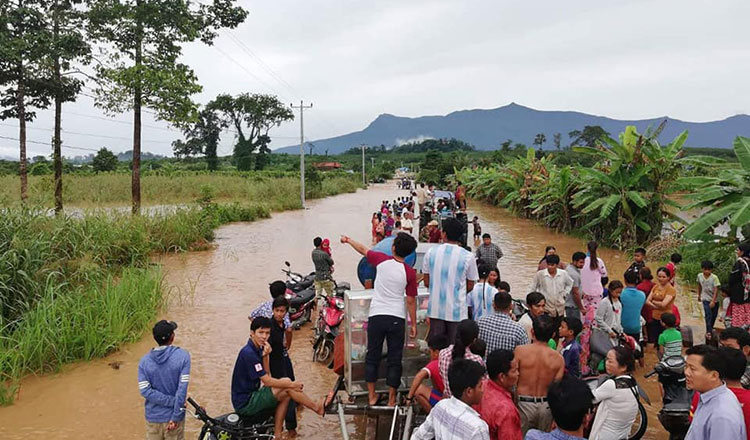 “Some areas were hit worse than others,” Mr Vanhan said. “Officials are trying to send seeds to farmers so they could begin cultivating again.”

Mr Vy said that a total of 39,243 families have been affected, with 4,959 families evacuated to 53 locations across five provinces.

More than 300 fires recorded so far this year