The Supreme Court yesterday decided to indefinitely postpone the appeal hearing of Yem Chrin, an unlicensed doctor serving 25 years in prison for spreading HIV to nearly 300 villagers in Battambang province’s Roka commune in 2014.

Presiding Judge Soeng Panhavuth said yesterday that the hearing was delayed following a legal request by the defendant.

“Yem Chrin has asked for permission to find himself a lawyer,” Mr Panhavuth said. “This hearing is delayed because the defendant didn’t want to represent himself.”

Nouv Monychot, a court prosecutor, yesterday confirmed that the appeal hearing will be postponed indefinitely.

“This is the first time that he has asked for a delay,” Mr Monychot said. “It is necessary for him to find a lawyer.”

Nearly 300 residents of two villages in Roka commune tested positive for the virus that causes AIDS from November 2014 until 2016.

An investigation into the outbreak found that Mr Chrin, who had been practising medicine in Roka commune since the early 1990s, was to blame after reusing syringes, needles and other medical equipment that allowed the virus to spread among his patients.

In December 2015, Mr Chrin was sentenced to 25 years in jail after being convicted of torture and cruel behaviour resulting in death, intentionally spreading HIV and practising medicine without a licence. 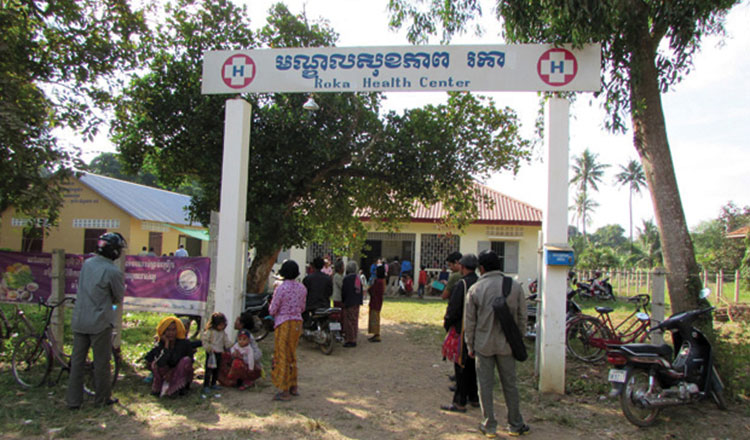 Loeum Lorm, a 55-year-old victim, said outside the court yesterday that he and two other victims travelled to the capital to attend the hearing.

“I am disappointed the hearing was postponed indefinitely because we used our own money to travel here,” Mr Lorm said. “We lost time and money and we won’t have enough to attend again.”

He said that victims hope the Supreme Court will uphold the lower court’s sentence.

On September 8, 2017, the Appeal Court in Phnom Penh upheld the decision of the Battambang Provincial Court.

Mr Chrin was also ordered to pay compensation to 107 victims, ranging from $12.50 to about $3,000, and banned from ever practising medicine in the future.

“Please uphold Mr Chrin’s sentence because we continually get sick and we can’t find work,” Mr Lorm said, adding that many villagers have died after contracting the disease.

“About 30 villagers have died because of AIDS,” Mr Lorm said.

Mr Lorm said that he was a patient of Mr Chrin between 2013 and 2014. He believed that he became a victim after the accused had administered a shot using an HIV-tainted syringe.

“I have never had sex with anyone aside from my wife,” Mr Lorm noted.

Sam Lorm, another victim and chief of a pagoda in Roka commune, said that he and his wife contracted the virus after they were treated by Mr Chrin.

“My wife and I were infected because Mr Chrin treated us,” Mr Lorm said. “A chief monk in the Roka pagoda, Mom Heng, also died last year.”

“Now I have to consume AIDS medication every day in order to prolong my life,” he added. “I think that people in Roka commune who were infected have now shuttered themselves away from others.”

By Beng Sor, chief of the Roka Health Centre, said yesterday that 30 victims died after contracting the virus.

“They died because they didn’t regularly consume their medication,” he said.