United Kingdom to aid demining until 2020

The United Kingdom will provide aid until 2020 for demining operations to clear unexploded ordnance in Cambodia. Senior Minister Ly Thuch, who is also the first vice chairman of the Cambodian Mine Action and Victims Assistance Authority, met with Elizabeth McGarva, senior policy adviser with the UK Department for International Development on Monday to discuss details of the aid.

Mr Thuch said after the meeting that Ms McGarva committed to continued aid for demining until 2020.

Mr Thuch said he thanked Ms McGarva for the continued support to solve the problem of mines and other unexploded ordnances left over from decades of war.

“The government has vowed to clear mines and UXO which impact the social economic development in Cambodia,” he said. “The Mine Authority has been working hard to implement a strategy to clear all mines in the country.” 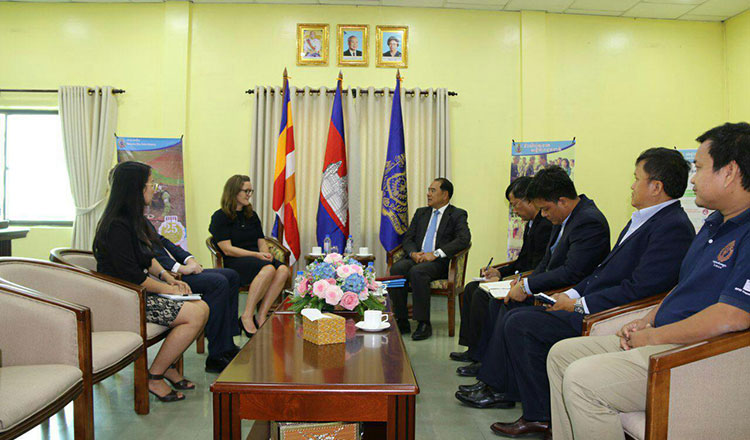 Mr Thuch added that he urged the British government to continue providing aid until 2025, when the government plans to have the country cleared of all mines.

Mr Ratana said yesterday that the UK plans to provide aid top multiple demining organisations until 2020, but was not sure how much funding would be made available.

Mr Ratana has previously said that although Cambodia receives assistance from the United States, China and Japan on a yearly basis, the country needs to strengthen its own self-reliance in demining efforts.

“Before, about 90 percent of aid came from foreign donors, but now it’s down to about 70 percent,” he said. “The rest comes from the national budget.”

In May, CMAC and Norwegian People’s Aid signed a cooperation contract to implement a Cluster Munitions Remnant Survey and Clearance project which is supported by the United States. The project will run for one year with a total grant amount of $1,600,000.

Last year, CMAC cleared more than 8,636 hectares of land and destroyed about 37,448 landmines and other explosive remnants of war.

Demand for water in capital increases