Police are seeking to arrest a 24-year-old man suspected of killing a polio patient in his home on Sunday over a two-week-old drunken argument.

The murder took place at about 7:30pm at the victim’s house in Siem Reap province’s Sotr Nikum district.

He added that the victim was alone at home when the crime happened.

Mr Channa allegedly began a drunken argument with the victim before proceeding to enter his home with a cleaver.

Cap Savuth noted that the suspect slit the victim’s throat inside his own home. 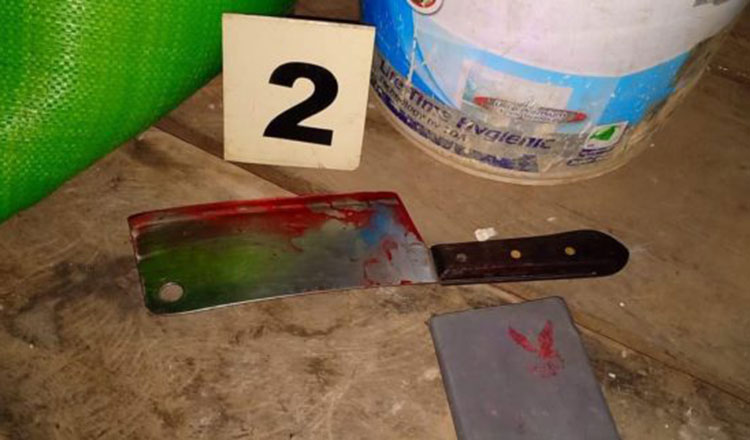 “The suspect was very drunk and he seemed to have blacked-out,” he said. “The suspect slit the victim’s throat several times, causing him to bleed out.”

He added that the victim was later discovered by his neighbours, who had earlier witnessed Mr Channa entering the victim’s home.

Colonel Nop Sarak, Sotr Nikum district police chief, said that the murder was over a long history of animosity between the victim and the suspect.

Col Sarak suspects that a week before the murder, a drunken argument caused resentment.

“Maybe it was over revenge,” he said, noting that police are now looking to arrest the suspect.