An Interior Ministry official yesterday said that raids this year have yielded at least ten arrests and hundreds of tonnes of counterfeit products across the capital.

Meach Sophana, an undersecretary of state at the ministry, said that dozens of cases were solved by authorities so far this year.

“Since the beginning of the year, authorities have worked on 30 to 40 cases that yielded hundreds of tonnes of counterfeit products and we arrested more than ten people connected to the crime,” Mr Sophana said as he displayed seized goods at a press conference. 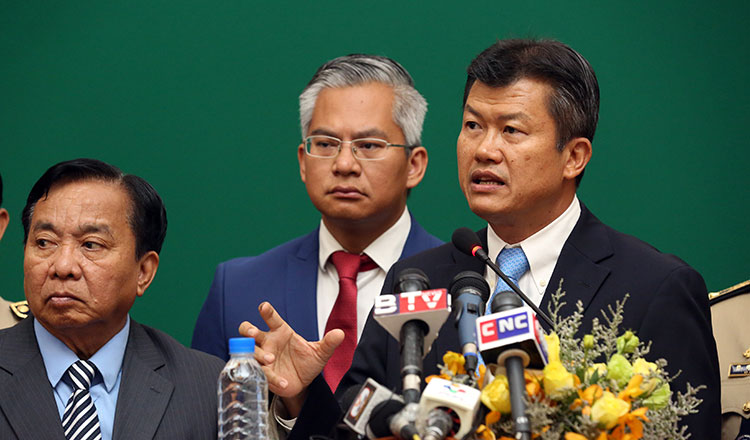 He noted that in May, special operation teams from the Counter Counterfeit Committee confiscated seven tonnes of illegal coffee and fake handircraft products in Prek Pnov district in Phnom Penh.

“We confiscated 88 tonnes of fake products related to four previous big cases,” he said. “Our committee is committed to staying vigilant and looking out for products that endanger people’s lives.”

“Our committee is absolutely against counterfeit products that endanger and destroy people’s health,” he added. 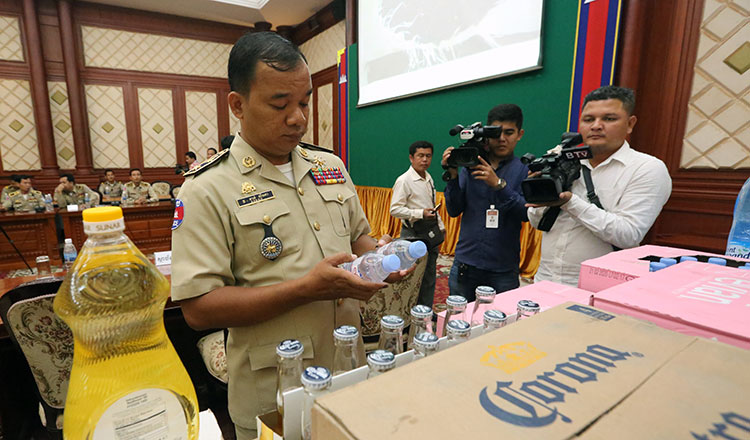 According to a report by the CCC, authorities managed to solve 19 cases of counterfeit goods in 2017, when six people were arrested and 600 tonnes of fake goods were confiscated.

In April this year, the authorities destroyed a total of 110 tonnes of fake products in Dangkor district. The goods were expired, counterfeit and unlicensed products including chemicals, medicine, animal fodder and more.

And in June, Interior Minister Sar Kheng said that the CCC has made fake food and medicine a priority.