Among the Asean nations, Cambodia ranked 9th behind Lao PDR with Myanmar in the tenth position. Cambodia scored 2.58 out of 5, down from 2.80 in 2016.

But the slip is not a sign that it is all gloomy for the Cambodian logistics sector, said the Ministry of Public Works and Transportation (MPWT) spokesperson Vasim Sorya.

Mr Sorya, told Khmer Times yesterday it is normal for the World Bank to raise or to put down the ranking for each country but it does not mean the local logistics sector is poor or has not improved.

“They look at the various performances of the logistics sector, including import and export activities. This year’s ranking does not mean that our logistics sector is poor or has not improved. It is because other countries have performed better than Cambodia and this has resulted in a surge in their rankings.

“If there is continued increase in our import, export and trade activities, the ranking will improve. But our logistics sector has seen very little improvement while other countries are far better than us.

“We are trying our best to improve the infrastructure in the country to support the private sector to make our logistics competitive enough,” he said. 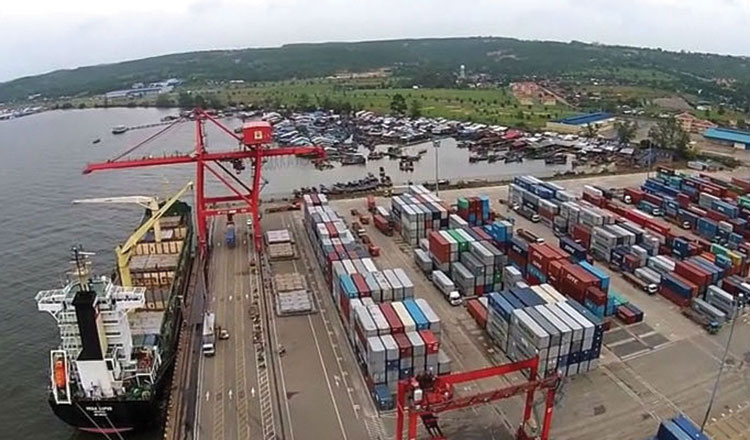 “The LPI uses standard statistical techniques to aggregate the data into a single indicator that is used for cross-country comparisons. The overall LPI score for the best country’s performance is 5 points.

“Cambodia got 2.37 score for customs performance, 2.14 for infrastructure, 2.79 for international shipments, 2.41 for logistic quality and competence, 2.52 for tracking and 3.16 for timeliness of shipments,” according to the report.

It says the data used in the ranking comes from a survey of logistics professionals who were asked questions about the foreign countries in which they operate.

“The LPI is an interactive benchmarking tool created to help countries identify the challenges and opportunities they face in their performance on trade logistics and what they can do to improve their performance,” the report said.

Sin Chanthy, president of the Cambodia Freight Forwarders Association, told Khmer Times the efforts by the authorities to facilitate the logistics sector in the recent years will contribute to an improvement in the ranking.

He said the World Bank’s LPI does not reflect the reality of the logistics sector in Cambodia, adding that the ranking should surge this year.

“I do not khow how they measured the Cambodian performance. The World Bank did not consult with our logistics association or the private sector. In my point of view, it should be better compared to the previous year as Cambodia’s performance is improving year-on-year,” he said.

He added there has been improvements in the custom’s import and export procedures, the infrastructure, the legal framework, as well as the automation system to support the private sector.

While he asked why the ranking has fallen, he said the only issue which is lagging so far is the ‘unofficial fees’

EU urged to help with 2030 targets