The Interior Ministry yesterday warned that legal action could be taken against those involved in the “One thumbprint for Koh Tral” campaign, an initiative spearheaded by the Khmer Rise Party to petition the government to negotiate with Vietnam over the handover of the Vietnamese Phu Quoc Island.

KRP honorary president Prum Piseth last week called for the collection of 50,000 thumbprints in order to request support for the reclamation of Koh Tral, which some believe still belongs to Cambodia.

Interior Ministry spokesman General Khieu Sopheak said yesterday that the campaign will likely stir animosity that could lead to conflict between Cambodia and Vietnam.

Gen Sopheak said that any rallies supporting the campaign would be deemed illegal, and its supporters could face legal action.

“I haven’t gotten any notification from the KRP over the campaign,” he said. “It’s impossible to reclaim the Koh Tral Island. I think this party just created an illegal movement.”

Mr Piseth said yesterday that a letter of notification was submitted to the Interior Ministry on Friday informing the authorities of his activities.

He said that “One thumbprint for Koh Tral” is only a campaign to raise awareness and address public concern over the loss of one of Cambodia’s territories. 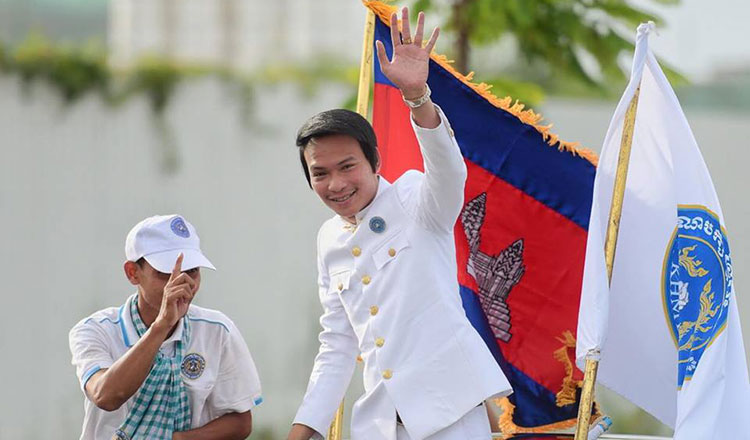 “It’s just a campaign, and we have a clear purpose,” Mr Piseth said. “Whether or not the government or the Constitutional Council will serve people’s interests is up to them.”

“We believe that Cambodia could reclaim Koh Tral if we tried hard enough,” he added.

He noted that his party will file a complaint to the Phnom Penh Municipal Court today accusing Royal Academy of Cambodia president Sok Touch of incitement and abuse of power after he criticised the movement as politically motivated and threatened him with legal action.

When asked about the complaint, Mr Touch yesterday said that he is confident that he will win in court.

“I don’t care about what this insignificant party will do, let them complain, I am not afraid,” he said. “I was just saying what I thought in accordance to the law.” Mr Touch noted that the governments of Cambodia and Vietnam agreed to use the 1933-1953 demarcating borders, meaning that the island belongs to Vietnam.