Home - New government to be formed next month

New government to be formed next month

Prime Minister Hun Sen said yesterday that a new government is scheduled to be formed next month after the CPP won a sweeping victory in Sunday’s election.

“We will form a new government on September 20 and a new Council of Ministers’ meeting will be held on September 21,” he said. “The first opening session of the National Assembly will take place on September 19 and elected lawmakers will take oaths in the evening.”

According to the National Election Committee’s preliminary results, the CPP secured roughly 4.8 million votes, dwarfing the two closest competitors – Funcinpec party with 373,526 votes and the League for Democratic Party with 308,292 votes.

Based on its own calculations, the CPP said it secured all 125 parliamentary seats after garnering 77.36 percent of all valid ballots.

Mr Hun Sen also reiterated that the CNRP was dissolved to avoid war and prevent chaos, referencing mass protests held after the 2013 election.

“At that time, had I not got the situation under control, war would have broken out because they burned vehicles at Stung Meanchey bridge and they occupied some polling stations, but I made the situation calm,” he recalled.

“It is because we did not have that person who provoked war and that party was absent, it deserved to die and if it was alive, war would have happened,” Mr Hun Sen said, referring to Sam Rainsy and the dissolved CNRP. “It was deserving that it was dissolved to avoid war in Cambodia.”

The CNRP was dissolved in November after its leader Kem Sokha was jailed on treason charges.

“Of course, the situation was calm because some people are afraid of being intimidated and others didn’t care about the election and politics,” Mr Chanrath said.

Mr Chanrath said that the international community will not recognise the new government because they condemned the election as neither free nor fair.

“The Cambodian government will be under economic pressure from the international community and it will impact the people’s livelihoods,” he said.

Chinese Foreign Ministry spokesperson Geng Shuang said on Tuesday that the international community should stay out of the Kingdom’s internal affairs.

“The general election belongs to Cambodia’s domestic affairs. The international community should respect the choice made by the Cambodian people, and play a constructive role in helping the Cambodian government and people maintain social stability,” he said.

Political analyst Lao Mong Hay said that Sunday’s election may have been trouble-free, but it came with a price.

“He [Mr Hun Sen] succeeded in creating a trouble-free election, in destroying the opposition, complete neutralisation of all its activists in the country, complete control over the media and other forms of communication,” Mr Mong Hay said. 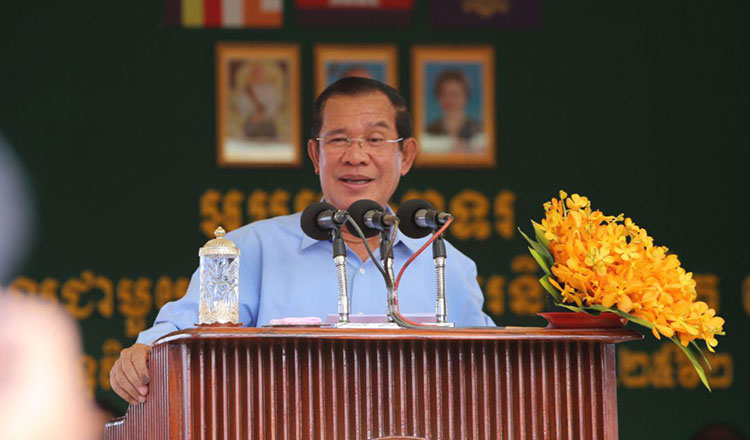 Meanwhile, Mr Hun Sen also said yesterday that the public should not discriminate against each other over the election.

“The people who voted support a democratic process and I appeal to the public not to discriminate against those who turned out to vote and those who did not turn out to vote,” he said.

ACU will not investigate Adhoc over tax evasion