Home - 1001 Portraits of the Goddess: Healing through art

1001 Portraits of the Goddess: Healing through art

Sexual abuse is literally everywhere. We hear it happening in schools, workplaces, organisations – and yes, even inside homes. But what’s sadder is the fact that the victims are the ones carrying the shame, the ones who are forced to isolate themselves and be silent. Japanese-Australian Hiratsuka Niki aims to break women’s silence and lead a movement of healing through arts. She is currently in Phnom Penh for her 1001 Portraits of the Goddess. Borin Sopheavuthtey and Ean Monileak shares the artist’s passion and advocacy.

Many women who have gone through sexual abuse and assault choose to stay silent. Even with the great desperation to ask for help, they choose to keep their lips zipped, and this is not only because they’re afraid to be judged or harmed. More often than not, sexually abused women try to deny their struggles, scared that the major loathing may come from their very own selves. This sad reality has driven a Japanese-Australian artist to connect with these women and help them share their stories.

“I met an Australian girl who was just 17 year old. She was more open-minded than anybody her age, and I asked her whether or not she wanted to share her story and that girl said why not.” 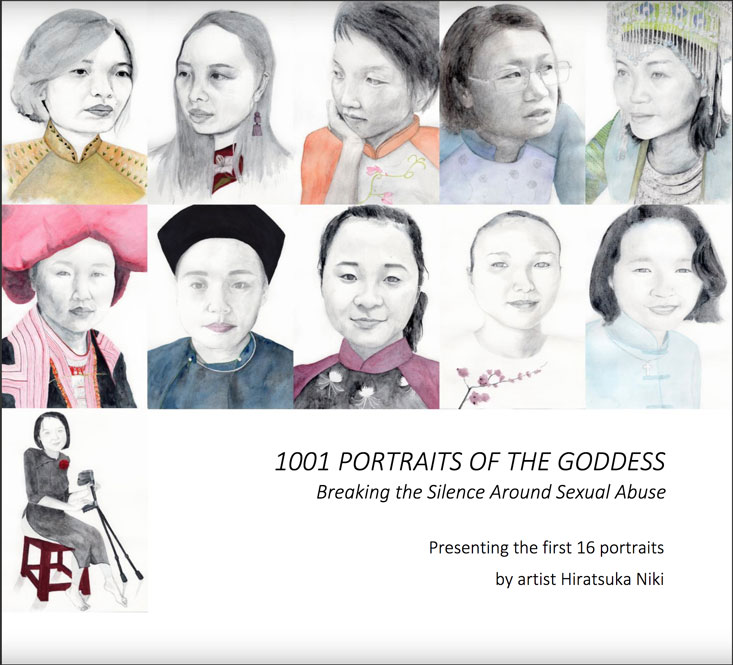 Hiratsuka Niki is a 32-year-old Japanese-Australian artist who was born and raised in Sydney, Australia. She earned a degree in Philosophy from the University of Sydney and got a diploma in art therapy, which eventually led her to rediscover her passion for arts and self-healing.

“1001 Portraits of the Goddess” is a series of portraits of the victims who have broken their silence and shared their stories with Ms Niki. The story behind the name of the project– 1001 – is rather amusing. Ms Niki shared that when she was on the initial stage of the project, she kept on seeing 10:01 on the clock.

But aside from helping women cope with the trauma of sexual abuse, her paintings also speak of her own experiences. During her first solo exhibit in Australia, Ms Niki opened up about being abused by her own father. She didn’t expect that her story would end up comforting and healing women with the same story.

“After seeing me share my story publicly, others were encouraged to do the same. So I decided to continue the chain reaction by drawing portraits and sharing stories of women who wished to break their silence,” she wrote on her website.

Kicking off her portrait project in Australia, she then flew to Vietnam to continue doing portraits. Having the advantage of speaking the language made it easier for Ms Niki to communicate with the Vietnamese women there. Despite Vietnam being a conservative country where the percentage of people discussing about sexual abuse is low, she managed to finish 13 portraits and got to hold an exhibition in Hanoi with the support of UN Women.

“Doing the portraits of Australian women was so easy and I went to Vietnam and then there was nobody. I was very lucky because I met someone that day, he was the director and he said he will film me a video. When that video was released in Vietnam, people looked for me online. Since then, those women started to contact me to share their stories.”

While working in Vietnam, she often visited Cambodia which eventually became her next target. Staying on and off in Phnom Penh, Ms Niki plans to hear the stories of at least five Cambodian women who went through traumatising abuse.

“I want to provide a safe place for these women to express themselves, because usually when sexual abuse happens, you don’t know if you can tell anyone and it’s almost like they have to hide it and it really pains them,” she said.

For an exhibition in Cambodia, Ms Niki said it would depend on how many women will sign up and on how long she’s going to stay in the Kingdom. She will be happy to do more than five portraits in case more women will come forward.

“I am never about ‘I want this many and I want to do the exhibition or anything’. It is more like what people want and I will just come and do that.”

The #MeToo movement which went viral recently around the world also focuses on ending sexual violence and supporting the survivors. Victims take to social media such as Facebook and Twitter to share their abuse stories in hopes of breaking the silence around this so called taboo subject. Such online movement has also propelled Ms Niki to continue reaching out to women and help them be completely healed.

For those who want to share their stories with Ms Niki, she can be reached via [email protected] 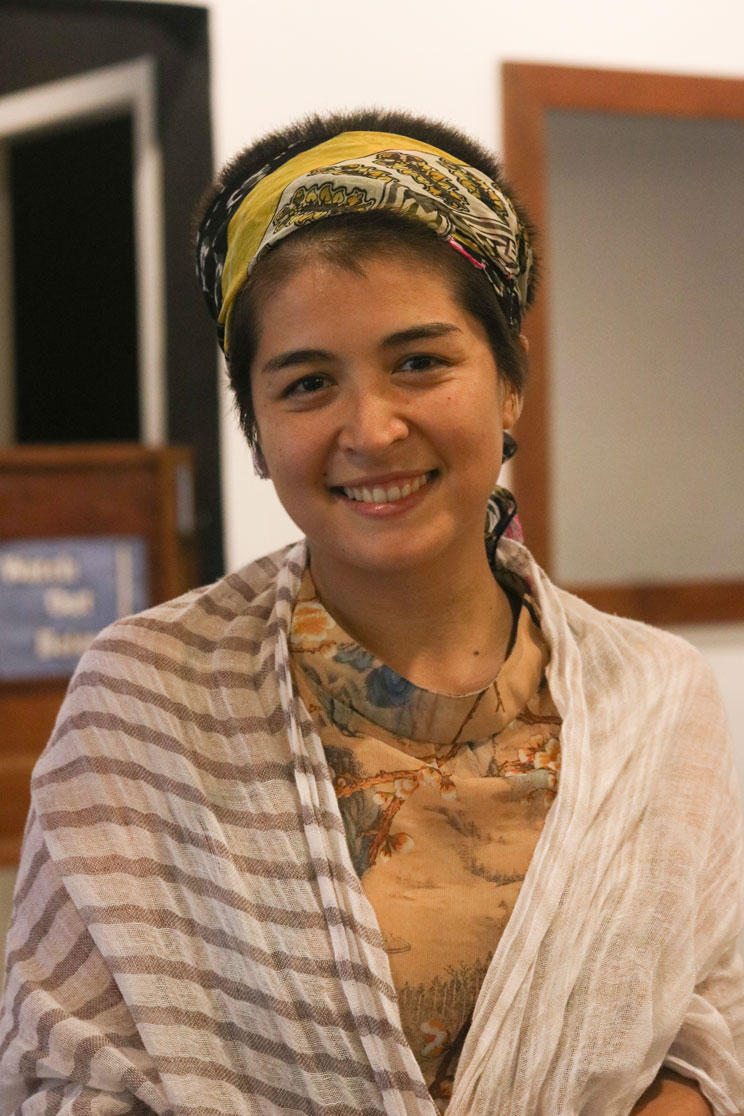 Cat cafes claw into the Kingdom