Kandal Provincial Court on Wednesday charged a military officer with raping a 16-year-old girl whom he befriended on Facebook.

Court documents identified the accused as Lieutenant Colonel Sak Chantha, 44, who was stationed at the provincial military base.

The accused was charged with rape with aggravating circumstances and faces up to 15 years in jail if convicted.

He was arrested on Tuesday and is now in prison pending his trial.

Captain Sath Soeun, a police officer in the province’s Ang Snuol district, said that the accused became Facebook friends with the victim, a high school student in the district, sometime in June.

He said that they often chatted on Facebook messenger and shared photos with one another. 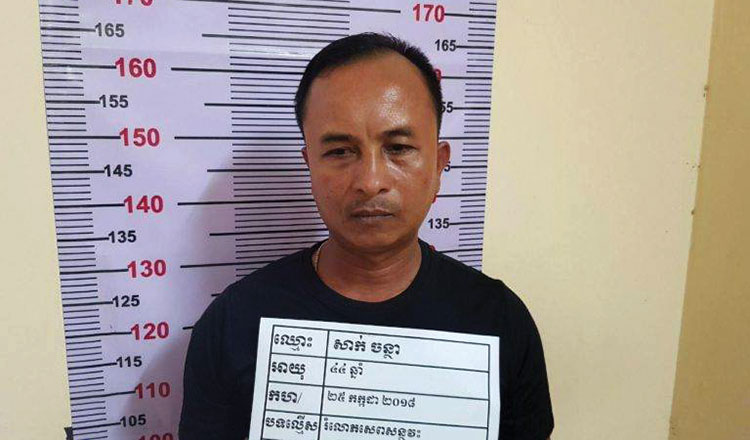 Cap Soeun said that in mid-July, the accused persuaded the girl to visit his home in the district when his wife was not home. He then forcibly raped her and gave her $10.

He said that on Sunday, the accused called the girl over to his house again when his wife was out and forcibly raped her again. He also again gave her $10.

Cap Soeun said that the girl’s mother noted her disappearance from home on both occasions and on Tuesday questioned her about it.

He said the girl told her mother about Sunday’s visit to the accused’s house and about the rapes.

Cap Soeun said the mother took the girl to the district police station and filed a report. Police then arrested the accused.

“During his interrogation, the accused admitted having sex with the girl but said it was consensual,” he added. “The accused said that they were lovers and agreed to have sex with each other.”

New government to be formed next month, Hun Sen says