CHEYO, CHEYO, CHEYO! I hope not to hear these words uttered in the next five years. Well, we all made it through the election season and all the hoopla surrounding it; let’s pat ourselves on the back. Democracy went off relatively smoothly. So now, we all deserve a little bit of a treat. For this week’s Binge Worthy, instead of covering a normal movie or series to stream, I suggest scoping out the nearest movie theatre to catch ‘The Darkest Minds’.

‘The Darkest Minds’ is directed by Jennifer Yuh Nelson, whose past works include both ‘Kung Fu Panda 2’ and its sequel. She created ‘The Darkest Minds’ in a way that filled the void ‘The Hunger Games’ and ‘Divergent’ series left. ‘The Darkest Minds’ is based on the novel by Alexandra Bracken, which takes place six years into the future, when 98 percent of the nation’s children died. The two percent who remained alive have supernatural powers.

Producers Shawn Levy, Dan Levine along with Dan Cohen and John Starke are the same team that worked on ‘Stranger Things’ (the hit Netflix series) – quite a credible foundation on the ability of this newly released film to capture fantasy with realism. In an interview, the producers shared some of their thoughts about the movie, stating that “it’s very much a film about belonging. While this movie happens to be about kids with some powers, there’s no one who has ever lived who hasn’t wrestled with that search for identity. It’s a search that is often most heightened in adolescence, and so that’s the focus of our film.”

While some people might roll their eyes at yet another plot where the adults screw up the world and only kids can save it, I think viewers can very much, despite age, can relate to how the characters searched for their true identities and purpose in life.

Ruby Daly (Amandla Stenberg, a Hunger Games alum) is a much loved only child, and her parents tend to be somewhat overprotective of her. For this reason, Ruby is a bit naïve and has no real idea that something is about to go horribly wrong in her world. It is not until the nationwide health epidemic hits her school, where a girl from her class mysteriously and unexpectedly dies in the school cafeteria. It is at this moment that Ruby realises this disease may kill anyone, everyone.

The viewer soon learns that this plague is called IAAN, an illness that has already killed thousands of children, and that will go on to kill hundreds of thousands more. For some reason, no expert can explain the pathology of the disease and how it has spread so rapidly. Ruby is one of the children who is immune from it and therefore, is spared death.

Somehow, the disease mutates the children’s DNA or chemical makeup that it becomes a national crisis – yes, kind of similar to that of the X-Men series. What Ruby and others like her have become start to scare people so much that when she is 10, her parents hand Ruby over to the authorities for her own protection.

As other parents got too frightened of their own children, they were shipped off to a government facility for the rest of their young lives, with the hope to find cure for the kiddos.

‘The Darkest Minds’ utilising the concept of children in internment camps feels very real. It’s clear that the movies creators did a lot of research into how real-life government bodies might justify and establish the rehabilitation camps. The camps use a similar dynamic that the American government used on Japanese-American concentration camps during World War II. This also seems to hit a nerve in the current immigration detainment centres in the US and anywhere in the world.

Thurmond is the place where the kids like Ruby are supposedly ‘rehabilitated’. This dystopian atmosphere shows a once innocent Ruby miserable and terrified while she tries to piece together what happened to the others like her. In the camp, those with high powers are separated from the rest in order to avoid death. Ruby hides under the facade that she is a green – kids classified as green are those who are smart; blue kids are those with telekinetic powers, orange kids are those who can control others’ minds. Ruby is an orange, and she has the potential to become red.

The prison uses high-pitched sound to control the children in the camp, to keep them obedient and compliant. The sound, a white noise of sorts, is excruciating for the kids. When Ruby is fifteen or sixteen (she is not sure which), they use a new form of white noise which is proven to have worse effects on the children. Ruby collapses and starts to bleed from her nose and eyes. When she wakes up, she finds herself inside the infirmary. The doctor, Cate Connor (Mandy Moore), gives Ruby a packet of pills and a note. In the note she explains that the new noise was developed to identify undetected Yellows, Oranges and Reds – those deemed not safe. 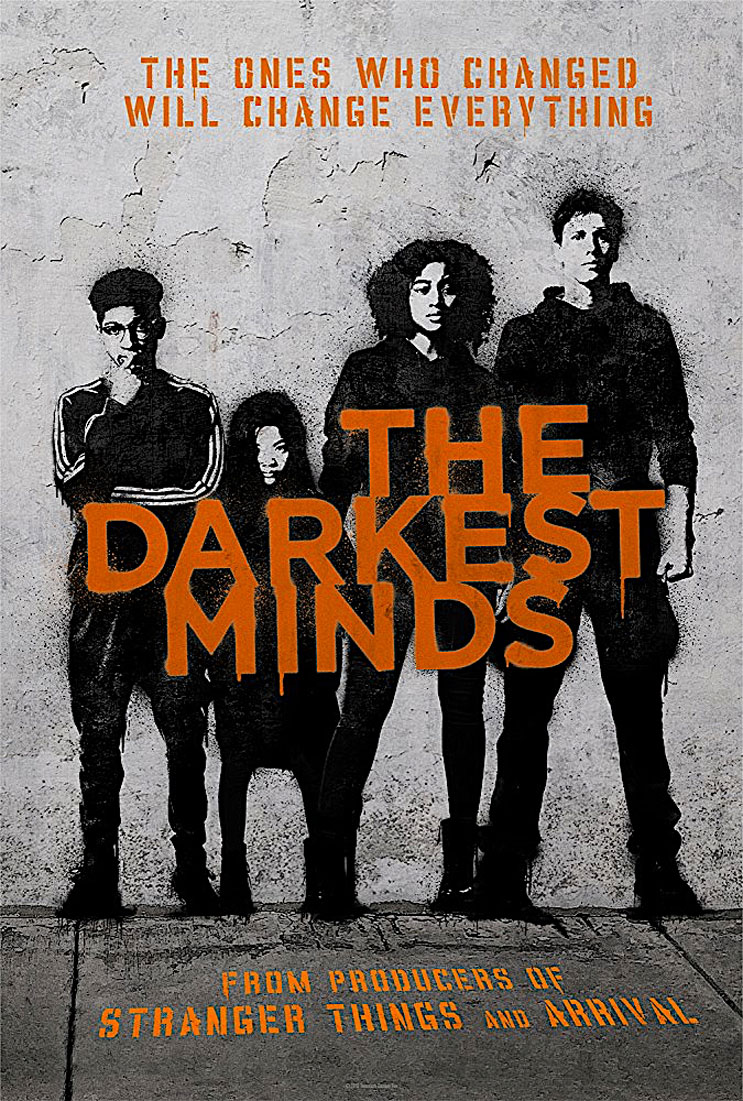 Dr Cate can help get Ruby out of the camp. All Ruby has to do is to take the pills before she goes to bed. Naturally, in a world where all your rights have been taken from you, Ruby becomes confused if she can really trust Cate. But, inside a camp where everything and everyone is controlled, what choice does she have? She takes the pills and gets horribly ill. Dr Cate then smuggles her and other orange kids out of the camp.

After Ruby escapes with the other oranges, she begins to realise that they’re going to have to fight back against the oppressive government that wants to control them.

One of my personal favourite lines from this movie goes “whether it’s powers or deficiencies that make you weird, actually that thing is your power.” This sort of rallies the group together to prepare for toughest battle of their lives.

I will not divulge the rest of the plot anymore. Who wins this epic magical heroic battle of children and the government is for you to find out. So, this week, give yourself a well-deserved time to relax and just be lost in a fictitious (but somehow realistic) world of Thurmond. Grab a bucket of popcorn and refreshment from your favourite cinema house and watch ‘The Darkest Minds’. Get ready to be thrilled.

Trust me, I’m just a lobbyist