Prime Minister Hun Sen has called on those who turned out to vote and those who did not vote not to discriminate each other.

Speaking to about 10,000 garment workers in Phnom Penh’s Meanchey district today, Mr Hun Sen said that the public should not discriminate against each other.

“The people who voted support a democratic process and I appeal to the public not to discriminate against those who turned out to vote and those who did not turn out to vote,” he said. 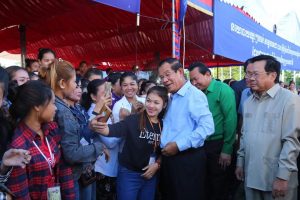 According to National Election Committee’s preliminary results, the voter turnout rate was 82.89 percent with the CPP securing 76.78 percent of votes nationwide.

More than 6.9 million people cast ballots on Sunday, representing 82.89 percent of the 8.3 million registered to vote. 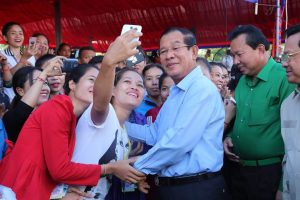 New government to be formed next month, Hun Sen says