Exiled former CNRP leader Sam Rainsy is accusing the National Election Committee of conspiring with the Cambodian People’s Party to validate 50 percent of all spoiled ballots on behalf of the government.

On Tuesday, Mr Rainsy said in a Facebook post that the number of spoiled ballots provided by the NEC was skewed.

According to NEC preliminary results, there were about 600,000 invalid ballots, or about nine percent of all ballots cast.

MrRainsy said that according to unnamed foreign observers, the real figure should be at about 20 percent of all ballots.

“Voters who were forced by the authorities to participate in the poll against their will just crossed out the names of the 20 parties on the ballot paper to make it null and void,” Mr Rainsy said. “It was very notable during the count that the second largest party in Cambodia is the spoiled ballot party. In every polling station there were at least 20 percent. In one of the polling stations we looked at it was more like 35 percent.” 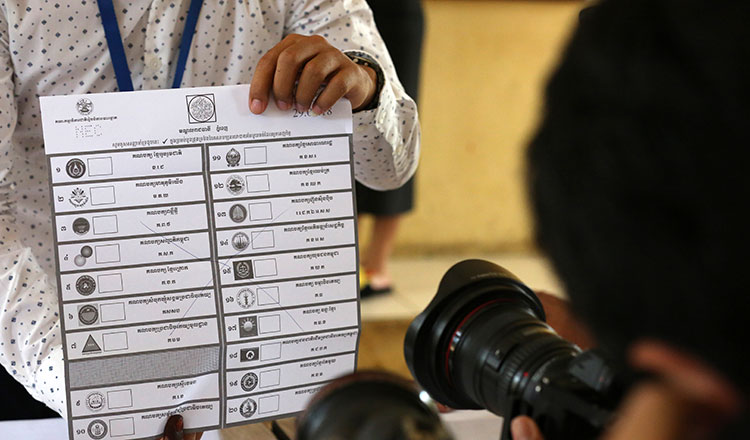 “The election process was observed and monitored by both national and international observers who witnessed the process since the very beginning until ballots were counted,” Mr Puthea said. “I am confident that the process was conducted with transparency.”

CPP spokesman Sok Eysan dismissed the accusations made by Mr Rainsy as nothing new.

“I understand that some voters destroyed their ballot tickets to show support for the CNRP, but the number is still small compared to the number of people that actually turned out and voted for the CPP,” Mr Eysan said.

“Personally, I find it hard for the public to believe what the NEC announced and what Mr Rainsy is accusing them of,” Mr Chanrath said. “Though the election process was smooth and peaceful, a number of foreign countries have said that it was in fact neither free nor fair. I think an independent investigation should be conducted to get to the bottom of it.”

The NEC is slated to announce all preliminary election results on August 11.