The United Kingdom has criticised the national election, saying that the process was undermined by authorities long before campaigning began and that the election itself was neither free nor fair.

Asia Pacific Minister Mark Field said in a statement issued on Tuesday that authorities had demonstrated clear disregard for key tenets of a functioning multiparty democracy because the Supreme Court dissolved the CNRP, the ruling party’s only real threat to its tenure.

“The potential for a legitimate, free and fair election was stymied when the main opposition party – the Cambodia National Rescue Party, was dissolved in November,” the statement said. “This was particularly disappointing following the more open Commune Elections in 2017.”

“There was no credible opposition party with the opportunity to challenge the government. In a democracy, no government has the right to choose its opposition,” the statement said.

Responding to the statement, NEC deputy secretary-general Som Sorida said yesterday that the election process was well received by both nationally and internationally. 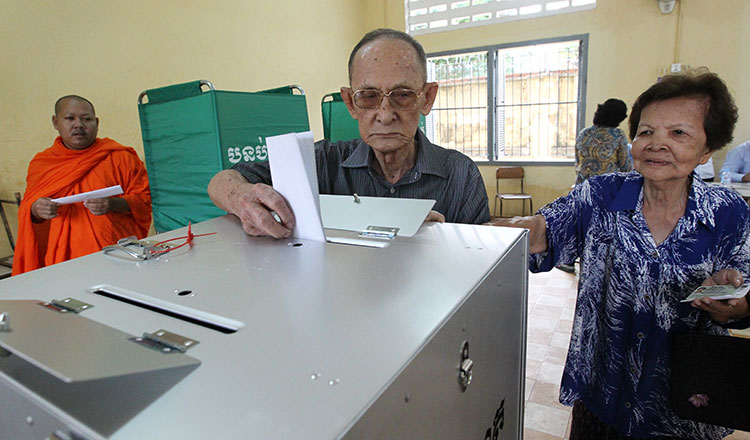 “I think that this remark was politically motivated,” he added.

CPP spokesman Sok Eysan responded to the statement by saying the CNRP had committed a serious crime, and the dissolution was a decision made by the Supreme Court.

Mr Eysan said that regardless of the absence of a main opposition party, the people had 19 other parties to choose from.

“The people had the right to vote,” he said. “It does not depend on the former opposition party.”