Prime Minister Hun Sen yesterday said that Cambodia conducted a free and fair election on Sunday with a higher voter turnout. However, the Grassroots Democratic Party alleged that the election was not up to a standard.

“Cambodia determined its fate through a free and fair election,” he added. “People showed great will in exercising their right to vote for any political party they liked without pressure or coercion.”

“Cambodia is an independent and sovereign country and will continue to hold an election every five years so that all people have a chance to vote and determine the country’s fate freely,” he said.

Meanwhile, the GDP denounced the election in a statement, saying that it was not free or fair because of the absence of the outlawed CNRP and due to intimidation.

“The GDP knew in advance that the election was not fully up to a free and fair standard because of the CNRP’s dissolution, civil society organisation intimidated, restrictions on the freedom of the press and state infrastructure being used for campaigning,” it said in the statement.

“However, the GDP decided to contest the election because we wanted to nurture a new political culture and give Cambodian people a new chance,” it added.

The NEC said the CPP secured 76.78 percent of votes nationwide.

Sam Inn, the GDP’s secretary-general, said that his party could not conclude whether the voter turnout of 82.89 percent was right because no trusted election watchdogs observed the election. 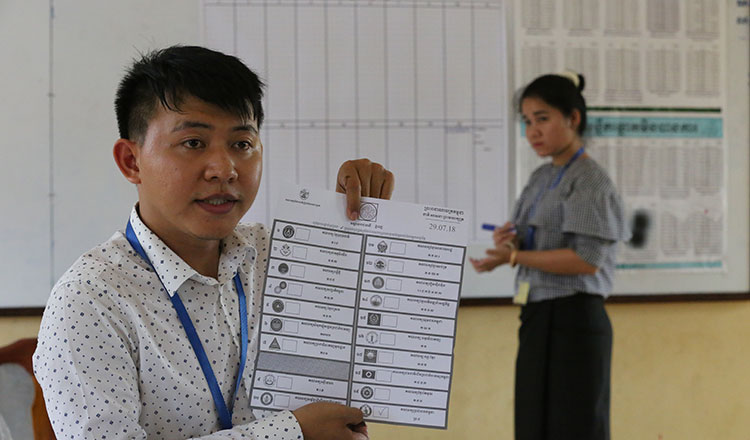 “We cannot conclude the voter turnout rate is entirely correct because we don’t have enough observers and no civil society organisations we trust took part,” Mr Inn said. “If the ruling CPP wins all parliamentary seats, democratic process will be affected because there is no opposition voice.”

Two local election watchdogs – Comfrel and Nicfec – opted not to observe the election due to being blacklisted after the 2017 commune elections.

The election on Sunday was met with mixed views internationally.

On Monday, both Canada and the US slammed it as neither free nor fair, but both China and Russia issued statements in support of the poll.

Yesterday, the French government said in a statement that it regretted that the elections were held in an environment that did not allow the CNRP, media or civil society organisations to function unimpeded. 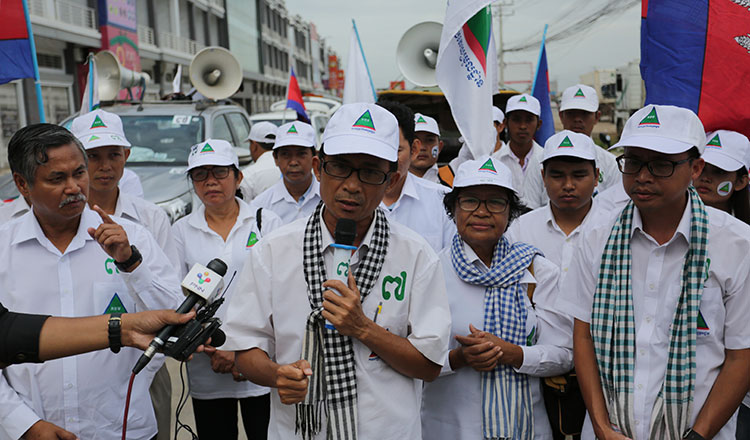 The Foreign Affairs Ministry yesterday hit back at the critics, saying that the high turnout meant the election was legitimate.

“By generally accepted standards, the first criterion for the legitimacy of an election is the participation rate of registered voters,” the ministry said in a statement. “This exceptional high turnout rate is truly a reflection of a strong confidence of the citizens in the electoral process and in the NEC.”

“The ministry would like to point out that this voter participation rate exceeds, sometimes by far, those in several Western democracies, including some of which that are strongly critical of the Cambodian election now,” it added. “The ministry regrets the politically motivated assessments of some foreign governments who refused to send observers and instead declared from the beginning until the end that the election was not free and fair.”