The Ministry of Water Resources yesterday released a statement warning residents living along the Mekong river that water levels will continue to rise in the upcoming days due to heavy rain and strong weather across several provinces in the country.

According to the ministry, water from the Mekong river in Stung Treng province will increase to 11.4 metres, 22.15 metres in Kratie province and 15.25 metres in Kampong Cham.

Keo Seanghan, chief of Prey Chhor district police in Kampong Cham province, said that 24 houses in the district were affected by floods yesterday.

“There were 24 families evacuated to safety after their homes were flooded,” Mr Seanghan said. “They were given tents and provisions.”

A Stung Treng provincial official said yesterday that the Mekong river had risen to about 10.84 metres. 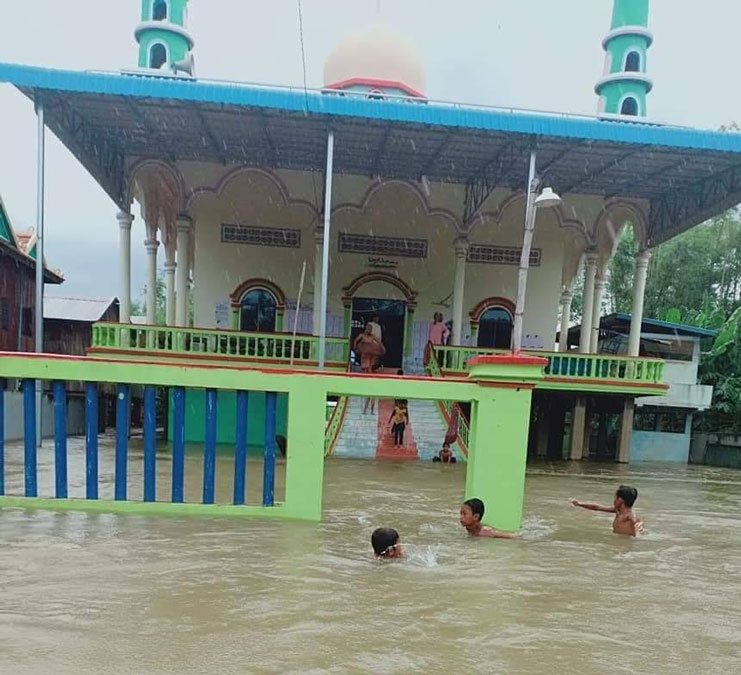 In Kratie province, officials yesterday also issued an alert for residents living along the river.

“Provincial Hall officials are ready to intervene in case evacuation is needed for people who are living along the river bank,” Mr Thorn said.

Last week, Stung Treng officials evacuated 1,289 families, or roughly about 5,000 people residing along the Sekong River after the collapse of a major dam in Laos that left dozens dead and hundreds still missing.

The National Committee or Disaster Management said at the time that the floods caused by the dam affected multiple provinces and the capital city. It said that nearly 7,000 people were affected.