The ruling Cambodian People’s Party secured 76.78 percent of valid votes nationwide on Sunday, meaning that it will likely gain all 125 seats in the National Assembly.

According to preliminary National Election Committee results, the CPP garnered roughly 4.8 mil-lion votes, dwarfing all other parties including the two closest competitors – the Funcinpec party with 373,526 votes and the League for Democracy Party with 308,292 votes.

Based on its own calculations, the CPP said yesterday that it secured all 125 seats after it garnered 77.36 percent of all valid ballots.

CPP spokesman Sok Eysan said that a higher voter turnout for the election led to the party securing an overwhelming victory.

“I would say that we secured a resounding victory,” Mr Eysan said. “According to the figures, I would say we may gain all the seats, but please let the NEC calculate it officially.”

The NEC yesterday updated its preliminary results, upping the voter turnout rate to 82.89 percent with the CPP securing 76.78 percent of votes nationwide.

More than 6.9 million people cast ballots on Sunday, representing 82.89 percent of the 8.3 million registered to vote.

NEC spokesman Hang Puthea said yesterday that the figures could change as a couple of polling stations in Kampong Speu, Kampot and Kandal provinces have yet to provide final results.

“The NEC will work step-by-step to verify the figures,” Mr Puthea said. “Please be aware of anonymous sources. The NEC has yet to announce its official results or the parliamentary seats.”

“Once again, I would like to say it’s a smooth, free and fair election,” he said. “Security was ensured and people were happy to go to vote.”

The NEC will officially announce all of its preliminary election results on August 11 and the official ones on September 11 after resolving complaints from political parties, he noted.

Yang Saing Koma, president of the Grassroots Democratic Party, posted on his Facebook saying that although the GDP won no seats, it gained support from villagers.

National observers from seven organisations yesterday held a press conference to sum up what they witnessed at polling stations across the country where 1,036 observers were deployed.

They said that the election was free and fair without any intimidation.

“The election was held peacefully as voters went to cast their ballots without fear or coercion. We saw a lot of international observers at the polling stations, impressing us that the Cambodian election was transparent,” said Chum Chan Putheavy, director of the Cambodian Organisation for Woman Support.

Prasith Sayasith, ambassador of Laos to Cambodia, said that he witnessed ballot counting and noted that it was transparent.

“I can say that it was transparent,” he said. “I noticed that the voter list was very clear.”

Sergey Sirotkin, an observer from Russia, hailed the national election as free of violence.

“I observed seven polling stations and there was no intimidation or clashes,” he said.

After meeting with Prime Minister Hun Sen yesterday, Anton Caragea, chairman of the European Council on Tourism and Trade, issued a statement saying that he was witnessing firsthand an election that paved the way for functional democracy.

“I can say in full confidence that the victory of the Cambodian People’s Party under your outstanding leadership was the result of your vision, charisma and powerful crafted development plans that will ensure Cambodia’s bright future,” he said, boasting of Mr Hun Sen. 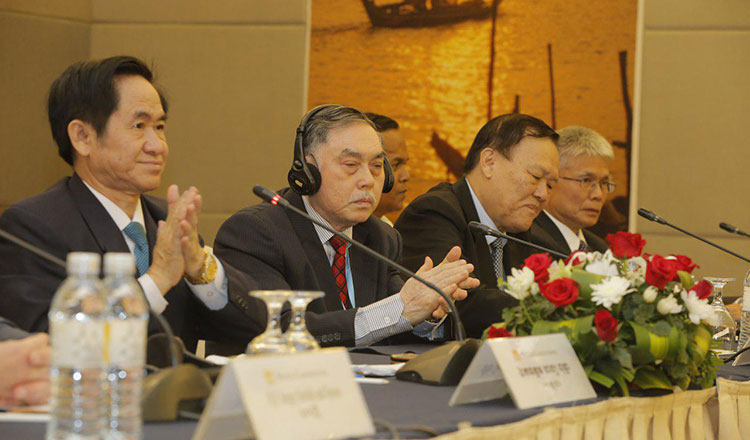 In a statement released yesterday, both Canada and the United States condemned the election as neither free nor fair.

The US expressed regret that Sunday’s poll failed to represent the will of Cambodian people.

“The flawed election, which excluded the country’s principal opposition party, represents the most significant setback yet to the democratic system enshrined in Cambodia’s constitution, and substantially erode Cambodia’s achievements in promoting political reconciliation and economic growth since the 1991 Paris Peace Agreement,” the White House press secretary said in a statement.

“Freedom of expression and association underpin democratic societies. Australia is concerned the election took place in an environment where not all political parties, civil society organisations and media could operate freely,” Ms Bishop said.

However, both China and Russia issued statements in support of the election. 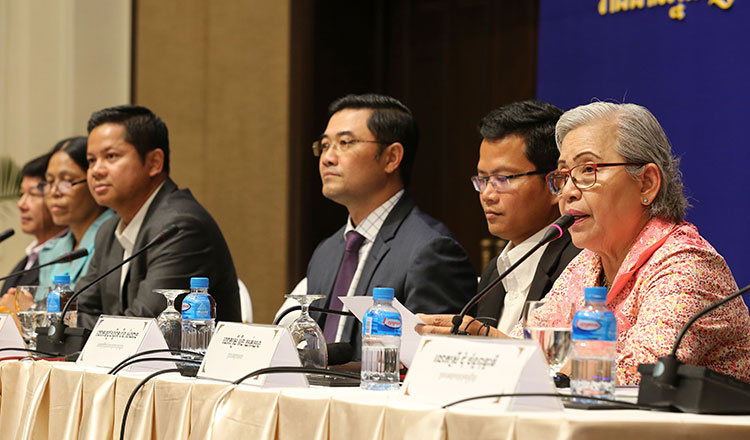 “We extend our congratulations on the smooth and successful organisation of the sixth National Assembly election of Cambodia, as well as on the victory of the Cambodian People’s Party in the election,” a statement from the Chinese embassy in Cambodia said.

“The election results reflect the choice of the Cambodian people,” it added. “We hope that Cambodia can maintain the hard-earned momentum of peaceful and stable development, and the Cambodian government and its people continue to make new achievements in promoting economic and social development of the country.”