Home - Publisher who posed as a general charged

Publisher who posed as a general charged

Preah Sihanouk Provincial Court on Saturday charged the publisher of a local newspaper who posed as a military brigadier general to extort money from fishermen who flouted rules.

He said Mr Sophath is also the president of an NGO, the Nature Resources Protection and Diversity Ecology Development Organization.

Major Vichet said that the accused was charged with using a uniform similar to that used by the military or police; using a forged public official identity card; and using a forged letter of appointment purportedly issued by the Defence Ministry.

He said the accused faces up to five years in jail if convicted and is now in prison pending his trial. 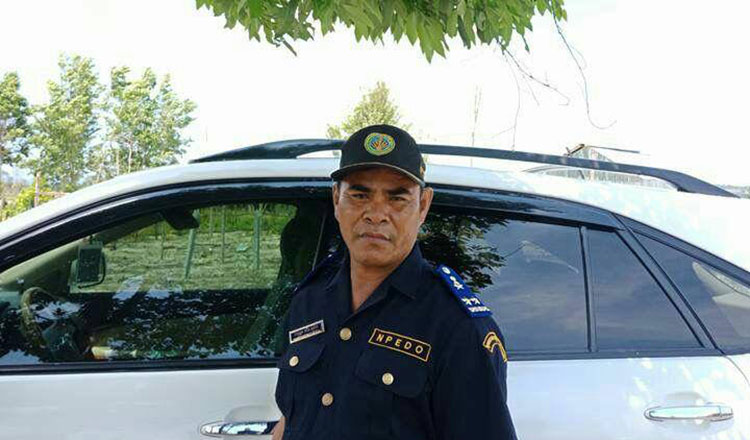 He said that the accused was arrested on Thursday after district military police stopped him because he was wearing a military uniform while driving a car which had the newspaper’s name on its plates.

Maj Vichet said police seized the Lexus RX 400, a press card issued by the Information Ministry, six other press cards for the newspaper, a forged letter from the Defence Ministry purportedly appointing him as a brigadier general and several sets of military uniforms.

He added that a police investigation revealed that the accused had used his position as a journalist and as a fake brigadier general to extort money from fishermen in the district who used illegal nets and fished in prohibited areas in exchange for not reporting on their activities.