The head of the Siem Reap election commission said today that he expects voter turnout to top figures from 2013 in the province, a claim doubted by one party.

Nim Vansam, head of the provincial election commission, said that as of about 1pm, more than 50 percent of registered voters in the province had cast ballots.

“So far, the election process has been good,” he said. “Since the morning, more than 50 percent of voters across Siem Reap province have cast ballots.”

In the 2013 election, 68 percent of voters cast ballots in the province. Total voter turnout was 68.5 percent.

The National Election Committee said that as of about 11am today, 55 percent had cast ballots for this year’s poll.

“Voting is the obligation of every citizen,” Mr Nam added. “We must all join together to pick our leaders.” 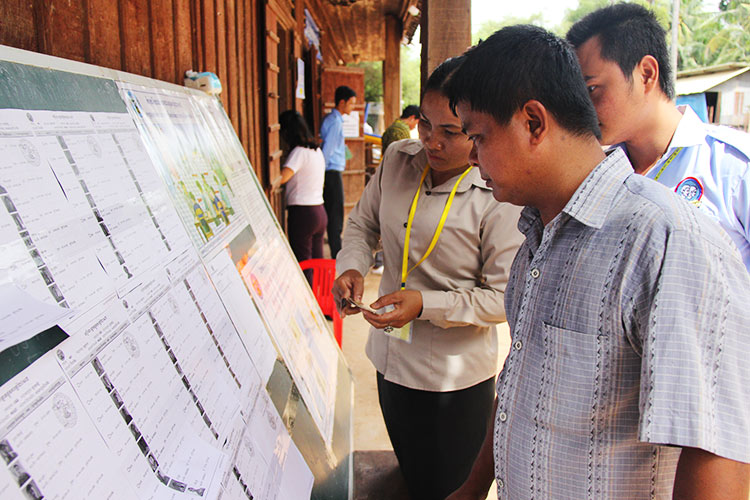 Um Somuntha, vice president of the Khmer National United Party, said today that he expects voter turnout in the province to be lower than 2013.

“If we compare with previous mandates, we have noticed that the polling stations are quieter,” he said. “For some reason, opposition activists appealed to the people to abstain from voting.”