He informed them that the CNRP (Cambodia National Rescue Party) was dissolved in 2017 because it broke the law.  “It was a serious matter and we followed the Criminal Code … to prosecute its former leader.  It was not politically motivated – had he not done anything unlawful we would not have had his party dissolved.”

The Cambodian Supreme Court abrogated the CNRP because its leader (Kem Sokha) was arrested on treason charges for allegedly colluding with the US to topple the government by means of a colour revolution.

Richard Wood, a monitor from the UK Independence Party (UKIP), said that he will closely watch over things on and after Election Day to ensure that the Cambodians’ voting rights are upheld.  “I’m here to observe and record my observations.  Then I pass the data to others and they evaluate it.  I’m interested in one thing: to make sure that the people can vote freely for the candidate of their choice.  It’s all about the people’s choice.  I’m here for one reason – to monitor.” 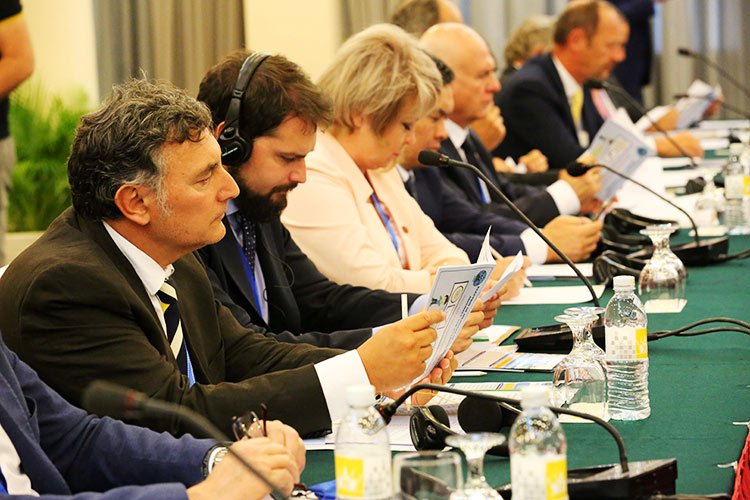 Maurizio Marrone, another monitor, said that he expected a high level of voter participation and their obedience to electoral regulations.  “I’ve witnessed elections in other countries, but I see in the commission a very high level of knowledge about the political situation, and about voting regulations and procedures.”