The Cambodian Nationality Party on Friday conducted its final campaign in Phnom Penh with a few thousands of supporters and members. 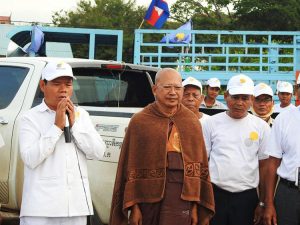 A monk supporting the CNP, venerable Hang Dara was delivering his speech instead of party President Seng Sokheng. Ven Dara was a former president of the Hang Dara Democratic Movement Party in 2002. 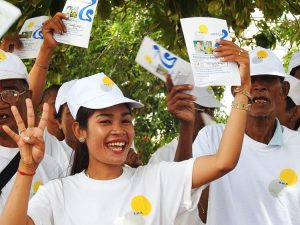 Speaking to supporters, Ven Dara said that the CNP wanted to change the government without violence and hoped to win at least 85 seats in the election. “Foreigners are looking down on Cambodia because of corruption and dictatorship in the country. So we must make change. I just want happiness for all Cambodian people,” he said.