About 1,500 members and supporters of Funcinpec were marching through Phnom Penh in its final campaign on Friday.

Funcinpec cabinet chief Phan Sithy has led a final campaign with about 1,500 members and supporters in Phnom Penh as Prince Norodom Ranariddh remains in hospital in Thailand recovering from a car crash. 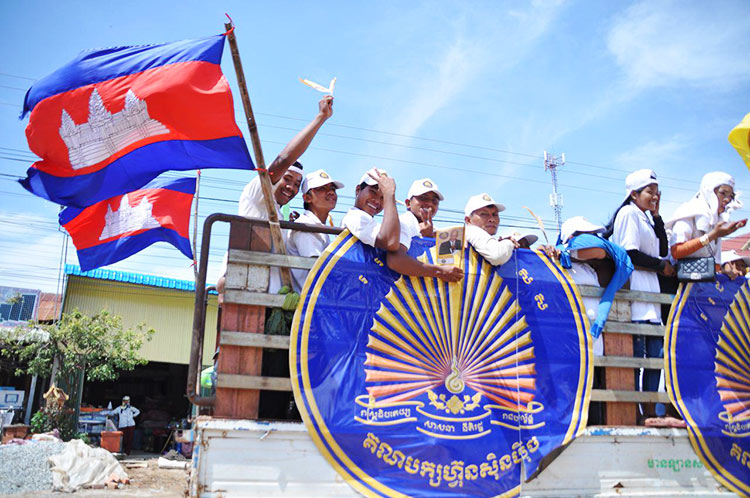 In front of his supporters, Mr Sithy read out the 13 key policies, including how the party addresses poverty and lift people out of poverty.

“If our party is elected, we will review all legal documents and find solutions related to social conflicts such as land disputes and debt. Funcinpec promises to request pardon for political prisoners and to bring new life for Cambodia,” he said. 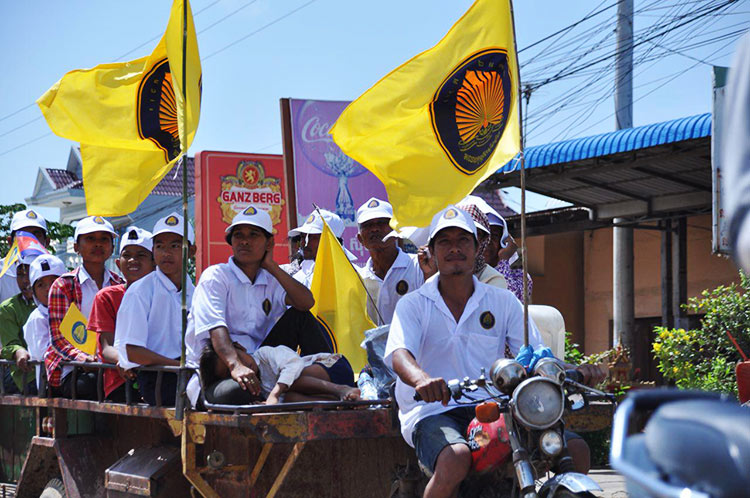 Prince Ranariddh could not take part in the campaign as he is recovering from a car crash on June 17 that killed his wife, said his brother Norodom Chakravuth.

“Prince Ranariddh is getting better now. He misses you all and he hopes that you all will go to vote for Funcinpec. It is the only party that will bring about new development,” Prince Chakravuth said.