In response to rising flood water from a collapsed dam in Laos, authorities in Stung Treng province have designated at least ten polling stations to higher grounds for the national election on Sunday.

The Ministry of Water Resources and Meteorology said earlier this week that flood water from the collapsed Lao dam was affecting numerous areas in Stung Treng province.

Hang Kong, provincial election committee secretariat chief, said yesterday that ten out of 40 designated polling stations in Siem Pang district have been flooded and added that the authorities are now looking for alternatives.

“The electoral process will not be affected because we have prepared mobile polling stations where people could vote on higher grounds,” Mr Kong said. “There are four polling stations inundated, while six are not seriously affected.” 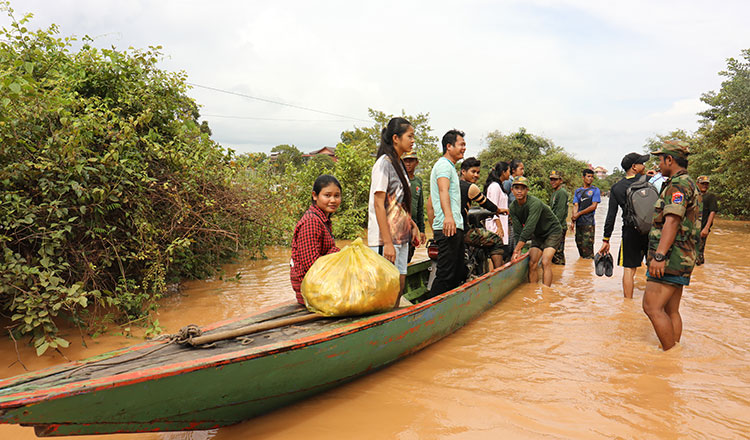 He noted that election officials are monitoring the rise of water levels.

Bou Andy, a villager, said yesterday that he is moving his family from Sekong commune’s Siem Pang village to a hill about 700 metres from the floods along the Sekong river.

“The water submerged my home at about two-and-a-half metres high,” Mr Andy said. “I am now moving to higher ground because I fear for the safety of my family.”

He said that local officials had relayed information regarding the polling stations.

“I haven’t lost my properties because I was quickly moving it across the water as it was rising,” Mr Andy added.

Sim Chetra, a soldier, said yesterday that his unit was deployed to the district to assist villagers affected by flood water.

“I was sent here two days ago and I helped mostly by moving their belongings, such as motorcycles and clothes, to safer ground,” he said. 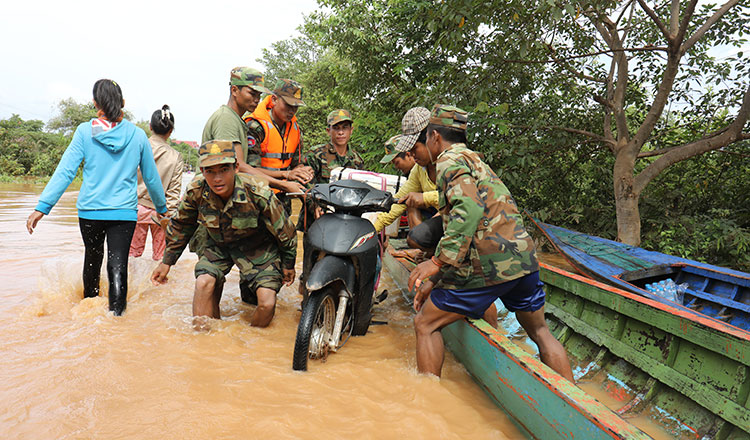 Prom Chanthan, deputy district police chief, said yesterday that the water was steadily increasing, prompting his officers to lend a hand to villagers.

“Water levels are still increasing,” Mr Chanthan said. “Most of the damages were done to crops and rice paddies.”